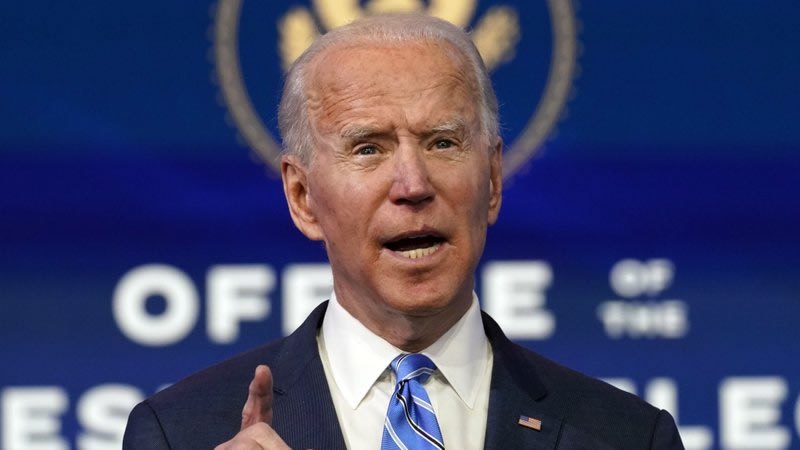 The American Rescue Plan will include $1,400 stimulus checks for Americans making less than $75,000 a year and a minimum wage increase of $15 an hour—two key pieces of the legislation that have divided Democrats and Republicans. The bill also includes an increase in the child tax credit and direct funding to state and local governments, as well as hundreds of billions of dollars for school reopenings, small businesses and vaccine rollouts.

In a 19-16 vote, Democrat Representative Lloyd Doggett of Texas joined GOP lawmakers in voting against advancing the measure. However, Doggett’s spokesman said afterward that his vote against the package was an accident and that the congressman “supports the COVID-19 relief legislation.”

The bill will now head to the House floor for a vote later this week, followed by Senate action if it is approved by the lower chamber.

The 591-page bill is the first major piece of legislation to be advanced under the Biden administration and will mark the first opportunity for Democrats to pass a law now that they control the House, Senate and the presidency.

Republicans have argued that the package costs too much and is not narrowly targeted enough to help Americans who need the most financial aid.

House Speaker Nancy Pelosi can’t afford to lose a margin of more than five votes once the bill reaches the House floor for action, but it is expected she will have the support necessary to pass it on to the Senate.

It is not clear if the package will get enough support in the Senate. Democratic Senators Joe Manchin and Kyrsten Sinema have both publicly opposed the large minimum wage hike, and with a split Senate, Biden will need the support of all Senate Democrats to pass the bill.

Senate Budget Committee Chairman Bernie Sanders, who has championed the minimum wage hike, has called on Democrats to “act boldly” and approve the package with the $15 raise.

Separately, Republican Senators Mitt Romney and Tom Cotton are planning on introducing their own minimum wage increase at a smaller amount, which could put Senate Democrats in a politically difficult position.

On Monday, Senate Majority Leader Chuck Schumer affirmed that the chamber will pass the bill before the latest round of federal unemployment benefits expires in less than a month.

“Democrats remain hard at work preparing the desperately needed COVID relief bill, which is on track to go to the president’s desk before the March 14 expiration of unemployment insurance benefits,” the New York Democrat said.

Trouble In Paradise! This Shocking Secret About Jennifer Lopez & Alex Rodriguez’s Relationship Just Got Out