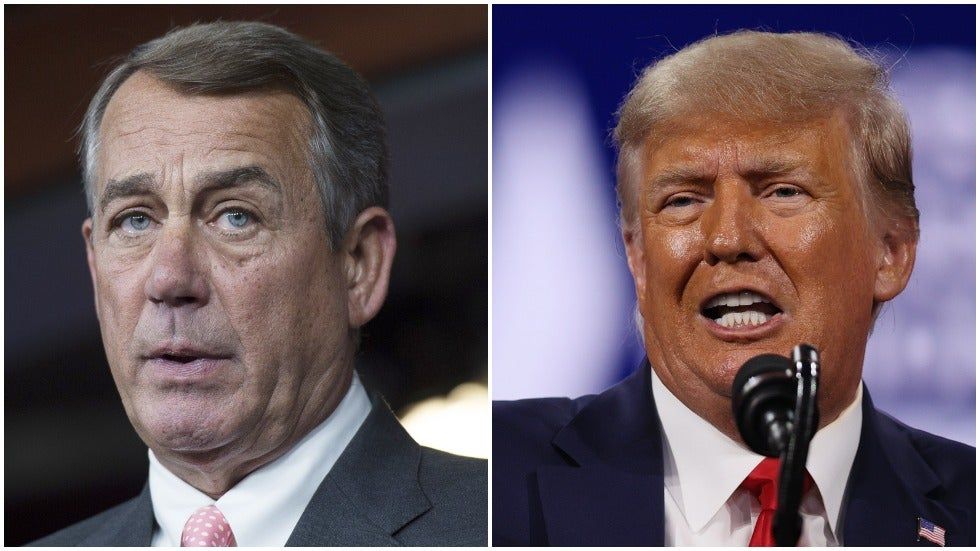 The following month in the 2020 election Former House Speaker John Boehner (R-Ohio) said that the former President Trump “stepped all over their loyalty” when he claims voter fraud to his followers.

The days before the release of his book in an interview “On the House: A Washington Memoir,” Boehner told USA Today so he decided to speak out after the JAN. 6 attack on the Capitol to hold Trump accountable for his part in the rebellion. “I don’t think it was just about him showing up at a rally on Jan. 6th,” Boehner told United State Today that.

“What struck me, especially after the election, was, here’s all these people loyal to Donald Trump, and he abused them,” and Boehner added some more. “He stepped all over their loyalty to him by continuing to say things that just weren’t true.” “The comments that were made all summer about the election was going to be stolen from him, all the follow-up noise that occurred after the election I kept looking for the facts.”

At the time was the House minority administration, Boehner, said he was notified “out of nowhere” that Trump would be the group’s fourth. “He was very friendly, but in an in-your-face, this-is-how-they-talk-in-New-York kind of way that I was not used to at all,” Boehner recalled that, according to USA Today.

he also added. He wrote that a young can aide to Boehner humiliated Trump by giving him the wrong name for one of the assurance executives, prompting Trump to dress him down in an expletive-laced tirade that Boehner can be called “dark.”

“This was more than New York bluster,” Boehner wrote, according to the present circumstance of USA Today. “This was real anger, over something very, very small. We had no idea then what that anger would do to our country.” Boehner suggested Trump stop tweeting. Because when considering how history would judge the 45th president, Boehner wrote, “Well, I don’t think very well.”