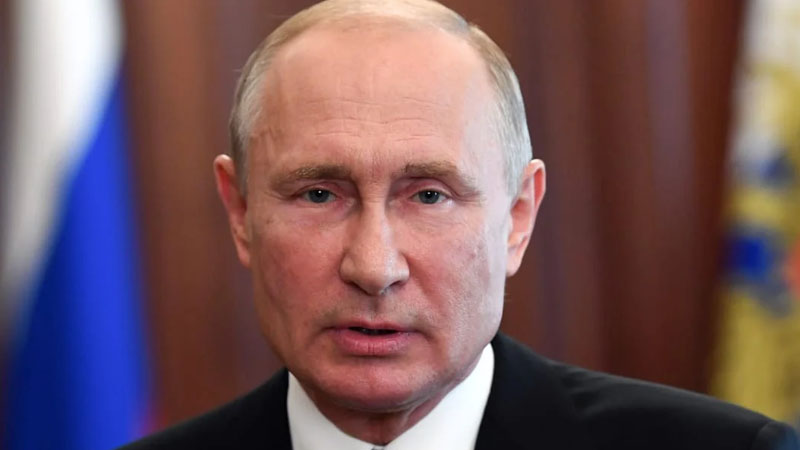 The head of the Kremlin-funded RT and Sputnik news agencies believes Russia will invade Ukraine, sparking a conflict with the United States (US) that will force entire cities into blackouts.

Russia is reportedly amassing thousands of troops at its border with Ukraine, but the Kremlin denies that the buildup poses a threat.

Multiple sources have reported large Russian military movements towards the eastern Ukraine border and into Crimea, which Russian forces annexed from Ukraine in March 2014.

In a phone call with his Ukrainian counterpart, Volodymyr Zelenskiy, President Joe Biden recently affirmed the US’s unwavering support for Ukraine’s sovereignty and territorial integrity in the face of Russia’s ongoing aggression in the Donbass and Crimea.

“War [with the U.S.] is inevitable,” declared Margarita Simonyan, editor in chief of the state-funded Russian media outlets RT and Sputnik.

Russian military analyst Aleksandr Golts thinks Russia’s activities are demonstrative in nature. Golts says, “Russia needed a new means of exerting pressure on the West” and the threat of a war against Ukraine is one way to do so.

“There is a lot at stake, Russian President Vladimir Putin will continue to pursue the politics of blackmail and pressure, even if he is not, in principle, prepared to engage in hostilities,” says the analyst.

On Tuesday, Russian Deputy Foreign Minister Sergei Ryabkov threatened retaliation. “We warn the United States that it will be better for them to stay far away from Crimea and our Black Sea coast. It will be for their own good,” he said.

Simonyan explained that it was time for Russia to gear up for a showdown against the US, and prophesized a kind of war driven by hacking, the forced disruption of internet access, the shutting down of power supplies, and an all-out offensive on US infrastructure.

“In conventional war, we could defeat Ukraine in two days,” Simonyan said, “but it will be another kind of war. We’ll do it, and then [the U.S.] will respond by turning off power to [the Russian city] Voronezh,” she added.

The top RT editor asserted that “[Russia] needs to be ready for this war, which is unavoidable, and of course it will start in Ukraine,” arguing that the Kremlin is “invincible where conventional war is concerned, but forget about conventional war… it will be a war of infrastructures, and here we have many vulnerabilities.”

“We can never come to any agreements with [Americans],” Simonyan said, arguing that instead, Russia can just as easily defeat the U.S. in a cyberspace war.

She added, mockingly, “We don’t even need the nukes.”

How to Reduce Wrinkles with Lifestyle Changes