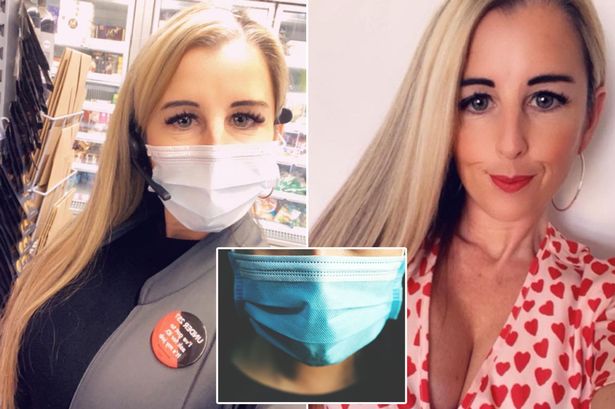 Covid-19 has created a “paradise” for shoplifters who know their face masks prevent them from being identified on CCTV, a London store manager has warned.

Claire Saunders claims theft is worse than ever in the pandemic, and she’s even been threatened by a thief who said he’d “spit in your face and give you coronavirus”.

“It’s like a paradise for them, they are unrecognisable because of their masks,” the 40-year-old told the Mirror.

“Even if police can attend, on the cameras you can’t recognise them because of the masks.

“You can tell by their demeanour when they come in that they know the CCTV can’t catch them. It can be very intimidating.”

The manager added that some of the thieves also wear hoods, leaving just their eyes visible.

She claims shoplifters are now bolder than ever and throwing more abuse at staff in the store.

Ms Saunders was threatened by one of the thieves at the start of the pandemic after she saw him stuffing items into his bag.

The man saw her looking at him and issued a chilling threat – even though she did not confront him.

“He said ‘if you come any closer I’ll spit in your face and give you coronavirus’,” she said.

The thief then ran out of the store with the stolen goods.

Ms Saunders was in such a state of shock that she did not think to call the police, although she later recorded the episode on an internal system.

She says she’s also received abuse from customers buying alcohol, with shoppers swearing at her for asking them to remove their face masks so she can check their age.

In a heartfelt plea, she urged people to treat shop workers with respect, adding that the pandemic has had a big mental impact on them.

“This is a hugely important issue for our members and their local communities, with incidents of abuse doubling during the Covid-19 crisis.

“Shopworkers are saying loud and clear that enough is enough, abuse should never be just a part of the job.”

He urged the government to impose stricter penalties on criminals who assault retail staff and to introduce a simple standalone law for the offence.

The general secretary added: “Retail staff have a crucial role in our communities, they deserve the protection of the law.”

Policing Minister Kit Malthouse said: “At the best of times it is appalling that anyone would threaten or assault a retail worker, but at a time when so many are working hard to keep us fed and healthy it seems monstrous.”

The minister has contacted police bosses urging them to take a zero-tolerance stance on shoplifting, although he added that the number of offences had fallen during the pandemic.

He also highlighted official plans to recruit 20,000 extra police officers and efforts to help shop staff report crimes and added that the government was also improving data sharing between businesses and the police.