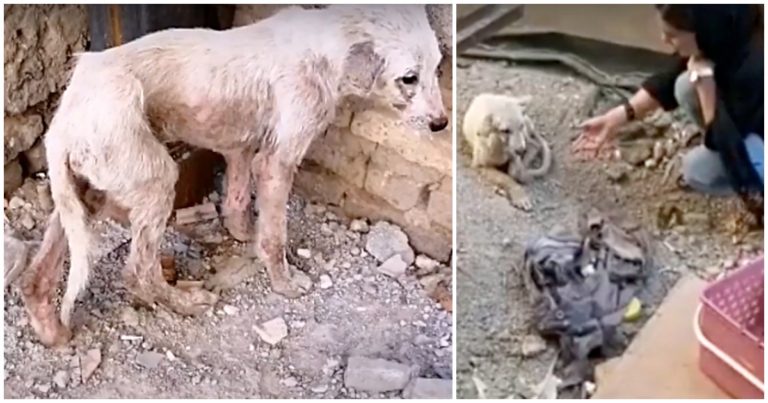 Oscar was just ‘skin and bones’ when rescuers found him outside with wounds all over his frail body. His owner abused him neglected him for so long, refusing to get him any medical help.

When rescuers arrived, they could tell how scared Oscar was, and knew they had to gain his trust before setting him free. Once they felt Oscar felt comfortable wit their presence, they took him and brought him to their clinic.

After a medical evaluation, they learned that Oscar had fleas, dermatitis, acute diarrhea, anemia, and was severely dehydrated.

They trimmed his hair and gave him a much-needed bath to rid his fleas and help treat his dermatitis.

As time went on, Oscar’s began to heal and he grew much more confident and less afraid of people.

It was now time for Oscar to be discharged from the clinic and move on to his forever home.

In his new home, he now had a new doggy sibling who he grew inseparable with. The two of them became the best of friends, and Oscar is loving his second chance at life.

Watch his rescue and incredible transformation in the video below:.