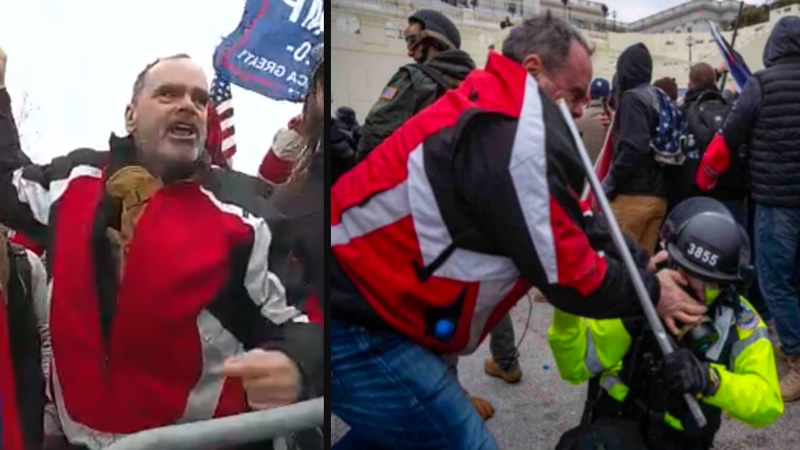 A retired NYPD officer was arrested by the FBI on Monday for participating in the Jan. 6 Capitol riot and assaulting Capitol police, reported NBC New York.

The FBI raided Thomas Webster’s Manhattan apartment on Monday, and Webster turned himself in at the Hudson Valley FBI office later that day.

Images shared on social media and released by the FBI appear to show Webster, identifiable in multiple pictures and videos from Jan. 6 by his distinctive jacket and hairline, attempting to gouge out the eyes of an officer and swinging a pipe at Capitol police.

UPDATE: Since this article was published, a White Plains judge denied Webster bail, saying he was not a flight risk, but that his violent behavior indicated he could be a threat to the community.

Webster joins a growing list of New Yorkers arrested for the siege on the Capitol Building including a Republican Party district leader, the son of a Brooklyn judge and a New York City sanitation department worker.