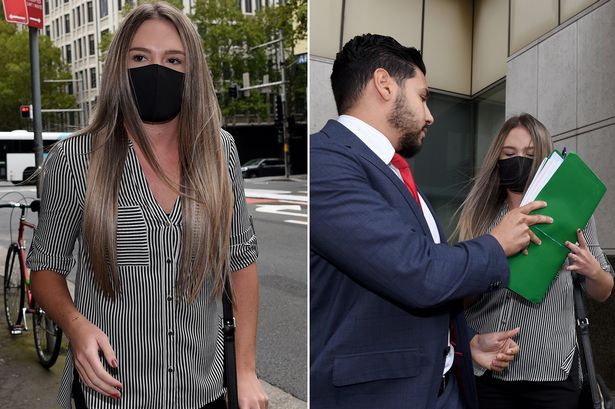 A female teacher “had sex with a 14-year-old pupil before bombarding him with Snapchat messages begging him for explicit photos”, a court has heard.

Monica Young, 23 is accused of multiple counts of aggravated sexual intercourse with a student.

It is also claimed that the Australian teacher sent him Snapchat images of her genitals.

Young denied all the charges at a court in Sydney, which will hear pre-recorded evidence from the alleged victim at a trial later this year.

The teacher will be represented by high profile Sydney lawyer Margaret Cunneen SC, who has prosecuted a series of paedophiles and several notable gang rape and murder trials but has now switched to defence work.

The allegations against Young are said to have occurred between June 24 and July 3 last year.

Investigators say Young was charged with assaulting the boy on five separate occasions including at school and in her car.

The court was previously told how she had allegedly sent pictures of herself and suggestive messages to the boy including one of her lying in bed with the caption: “I’m waiting for you.”

It is alleged a piece of CCTV evidence shows Young’s hands moving to the boy’s groin. In the footage, it is claimed she also places the teenager’s hands inside her tights.

Young’s defence claims the footage does not show any signs of sexual assault as the vision was blocked by a table, calling the CCTV evidence “exaggerated”.

The teacher could be jailed for up to 12 years if convicted.

The trial is expected to be held over five days in September. The case continues.