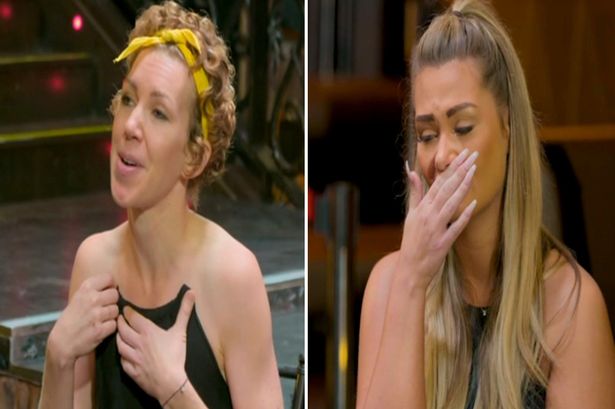 The Real Full Montyis on Ice (ITV) one of the most watching programs not only UK but also all over the world. The content of the program has heartwarming tale of triumph over and temperature-related shrinkage the final episode of the annual striptease in aid of cancer awareness was beset by problems, mostly pandemic-related.

Last night, a group of bravely women had shown their mastectomy scars on TV while chatting to the celebrities about their cancer journeys and viewers have praised a group of inspiring women.

Thought out the episode there are a lot which captivate the views and the female celebrities had a candid chat with several burlesque dancers ahead of their naked appearance on the ice.

As the women practicing their dance moves with a fan, one of the choreographers pointed out that some of the group may have restricted movement because of their surgeries who had experienced mastectomies. Some of the celebrities were also reduced to tears during the thought-provoking scenes.

In the empowering moment, the group of women then spoke frankly about the process of battling breast cancer.

As the women told her mastectomies, Sam then suggested that it might be helpful for the women and viewers to see the scars. With the support of the celebrities in the room, Sam take off her top to see  what is actually the double mastectomy scars.

“I didn’t reconstruct. I knew that I was not going to change… I didn’t want to show my kids that the only that I would feel confident was to just make a copy of what I was like before. I just wanted to go – it doesn’t matter,” she said.

“I just wanted them off, gone, live my life,” she said.

“So, I was in the hands of the surgeon and although I knew I wanted to remain flat, they still left … they call these dog ears in case I change my mind.”

She added: “Its not easy because you have that constant reminder, but you know what in terms of confidence I do not care. I will soar to the heights.”

#thefullmontyonice I cannot believe how brave these people are, showing their insecurities and being so open and honest. Nothing but respect from me.. and the good they are doing. God bless people like them,” penned one viewer.