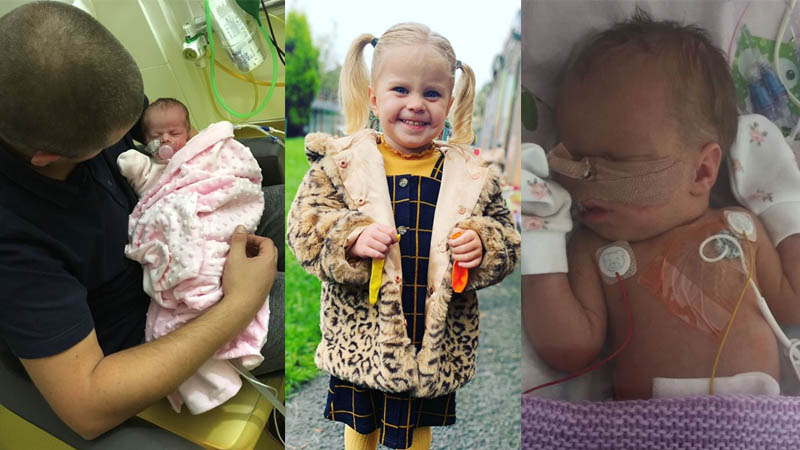 The family of a four-year-old girl whose only kidney is failing are fighting to find a donor to save her life.

Poorly Sophia Smith was born with Vacterl association – meaning she suffered a series of abnormalities.

Doctors had to operate within hours of her arrival because her oesophagus was not attached to her stomach.

And during the nine-hour surgery, they ­discovered she also had only one kidney.

Sophia now has chronic failure in her single kidney and is on dialysis at Alder Hey Children’s Hospital in Liverpool.

Mum Hayley Willis, 35, said: “It’s devastating and really scary because not even the doctors know what’s going to happen.

“She’s had 10 operations since she was born.

Sophia’s dad Carl, 35, has been forced to give up his job as an electrician so he can drive to and from the hospital every day from the family home in Warrington, Cheshire.

Hayley, a pub manager, added: “It’s been horrible. She’s in hospital full-time and she needs dialysis.

“She could need it five days in a row some weeks.

“She’s started nursery, so she’s missing that and her friends.

“She’s still such a little ­character – she’s so cheeky even after everything she’s been through.

“She just takes it on the chin and she’s been through quite a lot.

“She knows what’s coming when she goes into hospital.”

The family are raising cash to help Sophia, and you can donate via the GoFundMe page