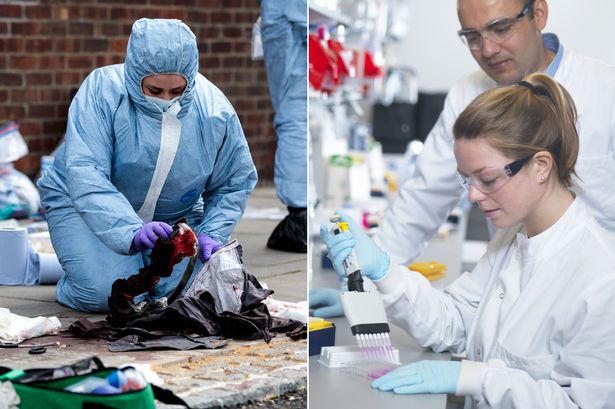 Police mugshots from DNA have moved a step closer after scientists linked more than 200 genes to our features.

It may soon be possible to reconstruct a suspect’s face by analysing hair, skin or bodily fluids left behind at a crime scene.

The breakthrough also sheds light on common birth defects such as cleft lip and palate – offering hope of new treatments.

Lead author Julie White, a graduate student in anthropology at Penn State University in the US, said: “The face tells the outside world about your identity, who you are related to, where your ancestors come from and even your health.

“But we only know a fraction of how faces are formed. The facial structure comes together in early development, and if it doesn’t go right, you can get a cleft palate or other problem, but we don’t fully know what controls those processes.”

The study has implications for forensics. It’s believed DNA facial reconstruction will one day be used in evidence.

The technique – known as ‘DNA phenotyping’ – can already predict some traits like eye, skin and hair colour. But face shape is much more difficult to decipher.

Everywhere we go, we leave behind bits of DNA. Faces would be generated by a computer that processes the information.

It offers hope of replacing or boosting an artist’s rendering based on witness descriptions – which can be unreliable.

Individual genetic signals were connected to specific areas such as the mouth, nose and chin for the first time.

It reveals underlying profiles behind normal facial features in the genome – and craniofacial malformations caused by mutations.

The findings were based on 3-D photographs of more than 8,000 Britons and Americans.

They included 3,566 participants from the Avon Longitudinal Study of Parents and Children in the UK.

Ms White said: “We looked for connections between shared genetics and facial features, asking things like, do people with upturned noses share a genotype?”

More than 7,000 point locations were placed over the images using a gridded mask that was digitally stretched and pulled to conform to the facial contours of each individual.

His pioneering work divided the face into 63 segments using data-driven relationships – avoiding pre-existing ideas about which were important.

It also enabled the international team – which included experts at Vardiff University – to look at variations in small subsets of the volunteers.

In many cases of facial disfigurment there are limited numbers of subjects – making it hard to identify variants.

Knowing the genetic location for lips for instance shows how abnormal formations occur.

The researchers also looked at the UK and US data sets separately – using each in turn to find and then replicate genes associated with facial features.

Karlijne Indencleef, a graduate student in biomedical sciences at KU Leuven, said: “We found an extensive set of locations in our DNA that play a role in the development of the human face.”

Eventually, by counting only those that were confirmed in both groups they pinpointed a total of 203 genes – 53 of which were completely new.

Either using the same or independent data, 89 had been found in other studies and 61 were already implicated in facial malformations in humans or mice.

Ms White said: “If you look at what we found and look at previous literature, you see there is overlap with our genes and genes that had previously been implicated in non-facial things such as limb development and organ and skeletal abnormalities.

“There are shared genetics. Things that are related to the face and related to another part of the body.”

Some facial deformities trigger other physical problems – so this discovery was unsurprising.

Many of the genes begin working in the early stages of embryonic development. The researchers are identifying their physical presentation in adults.

The study, published in the journal Nature Genetics, is also important for understanding the evolution of the human face.

Ms White added: “I personally don’t do much work in this area, but Mark Shriver – professor of anthropology at Penn State – does.

“He asks, why do people look different? What makes up the differences in various groups? Is it selection, genetic drift or something else?”

Boris Johnson Wants Charity to Pay for Costly No 10 Makeover Supervised by His Fiancee, Report Says