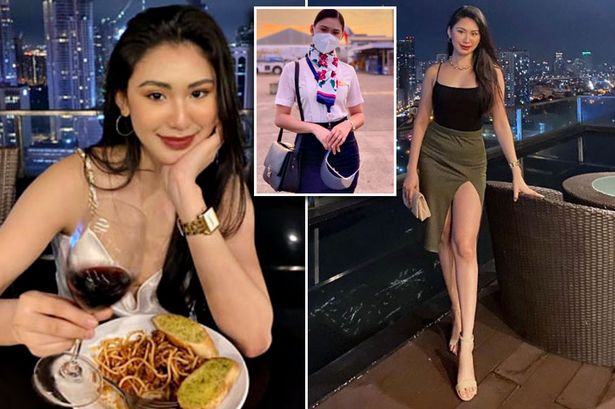 Police have charged 11 men with rape and murder after the body of a flight attendant was found in a hotel room in the Philippines.

Police have filed charges against the group of men after the woman’s body was discovered in the city of Makati on New Year’s Day.

Christine Angelica Dacera, 23, was unconscious in an empty bathtub of a hotel room where she and her friends were celebrating New Year’s Eve.

The flight attendant, of General Santos City, was later declared dead after being taken to hospital in the Filipino city.

Makati City Police chief Colonel Harold Depositar disclosed 11 men had been charged as they had been with Christine at the time of her death.

The charges are provisional as authorities are waiting for the autopsy and toxicology reports.

Out of the 11 charged, “only three of them were Dacera’s friends. The others were practically strangers to her, as they were only known to her three friends,” Depositar noted.

The group have been charged with rape as Christine’s body was found with “lacerations and sperm in her genitalia.”

Her body was also covered in bruises and scratches.

Christine was rushed to hospital by three friends and hotel staff after finding her unconscious in the bathtub.

Her Instagram, under the name xtinedacera shows she last posted a week ago on December 28, leaning on the doors of an aeroplane wearing PPE.

She captioned it: “Last flight for this one helluva year,” for her 12,800 followers.

Christine also posted a picture of herself on a balcony with a skyline in the background captioned: “First Christmas away from home.”

Heartbreaking tributes have poured in on the social media app, one follower wrote: “Thank you for sharing your beautiful soul Tine, fly high. We’re praying for you.”

Another said: “I’ll always cherish and remember your kindness at work. May you and your family get the justice you deserve.”

Prince Harry, Meghan Markle ‘closer than ever’ as duke ‘thrives’ in the US

Is Donald Trump the Worst U.S. President Ever? Actually…