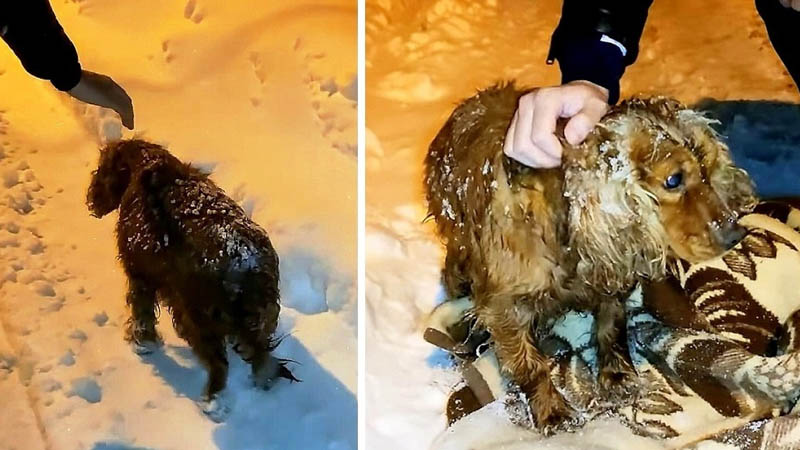 Since the last two days, it had been snowing in a small town in Bulgaria. A local couple while walking down the street found an injured dog limping horrendously in the blizzard. The dog, which was later named Koki, was under the blanket of snow, shivering and freezing to death. The couple tried to go close to the dog but Koki would not let them touch him due to a dreadful injury.

After looking at Koki’s condition, the couple carefully wrapped him up in a blanket in a desperate attempt to save his life. They brought him home.

Koki was placed next to the refreshing warmth of a heater in his rescuers’ home. As he felt better they blow dried his fur, but he still refused to consume a spoonful of an immunity booster. However, after trying for long, the couple was able to win his trust with the help of sausages.

Koki received full medical attention once the transport was cleared and the weather settled. Later, the couple found Koki a forever home with a woman who lived 124 miles away from their hometown.

Koki is now living a happy, healthy and fulfilled life with his new mom and a doggie sibling!