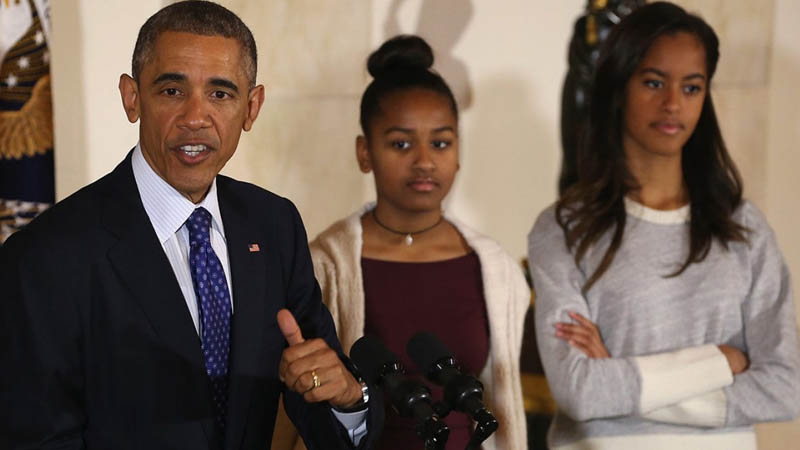 According to Globe, the ex-POTUS is furious at Malia for agreeing to marry her British boyfriend. Barack’s negative feelings about Britain is, reportedly, one of the reasons why he’s not happy about his daughter’s engagement.

According to a source, “Barack has confronted his daughter and told her in no uncertain terms he’s not paying for the wedding! Judging by his reaction, he may not even walk her down the aisle.”

Barack is, reportedly, thinking about not walking Malia down the aisle because he’s incensed by her decision to get married soon.

Additionally, the unnamed source also dragged Michelle Obama to their dubious claims. They said that Barack and Michelle make fun of Malia’s fiancé’s educational background. However, just a month ago, the same tabloid alleged that the ex-FLOTUS met Farquharson and she likes him.

The rumor-debunking site, Gossip Cop busted the tabloid’s fabricated claims by saying that they are all incorrect.