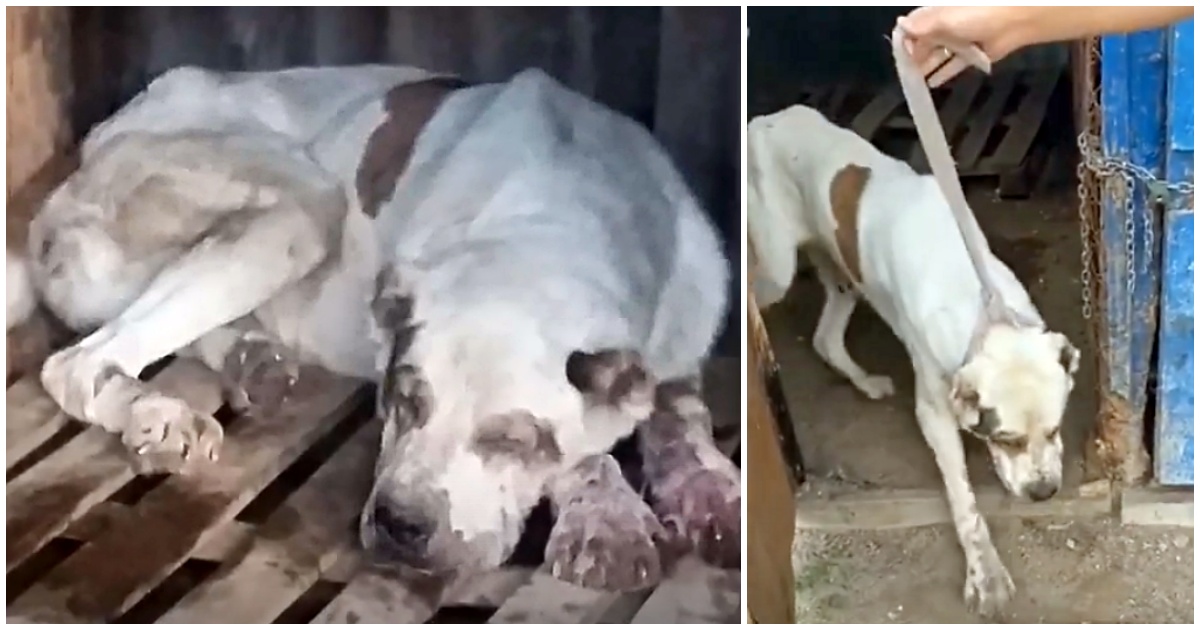 Rescuers found Marouf on the brink of death in a filthy abandoned house. He was all alone, suffering from dehydration and was extremely weak.

It turns out that Marouf had lived with the same owner for ten years as a working dog. But once his health started to decline, his owner quite literally kicked him to the curb.

Marouf then wandered the streets in severe pain, wondering if his owner would ever come back for him. As the days went on, his health deteriorated even more and he was eventually so bad that he couldn’t even search for food anymore.

He laid down in a corner in that abandoned house, and just waited to die. But thankfully rescuers got there just in time.

They rushed him to the nearest hospital, where he was examined and diagnosed with piroplasmosis, a very dangerous disease caused by ticks. They immediately began treatment to try and save his life.

He took well to the treatment, and after a few months, he looked like a brand new dog and was released from the hospital.

Watch his rescue and amazing transformation in the video below:

4 Puppies Were Found Rotting Away, But One Turned Out Different From The Others