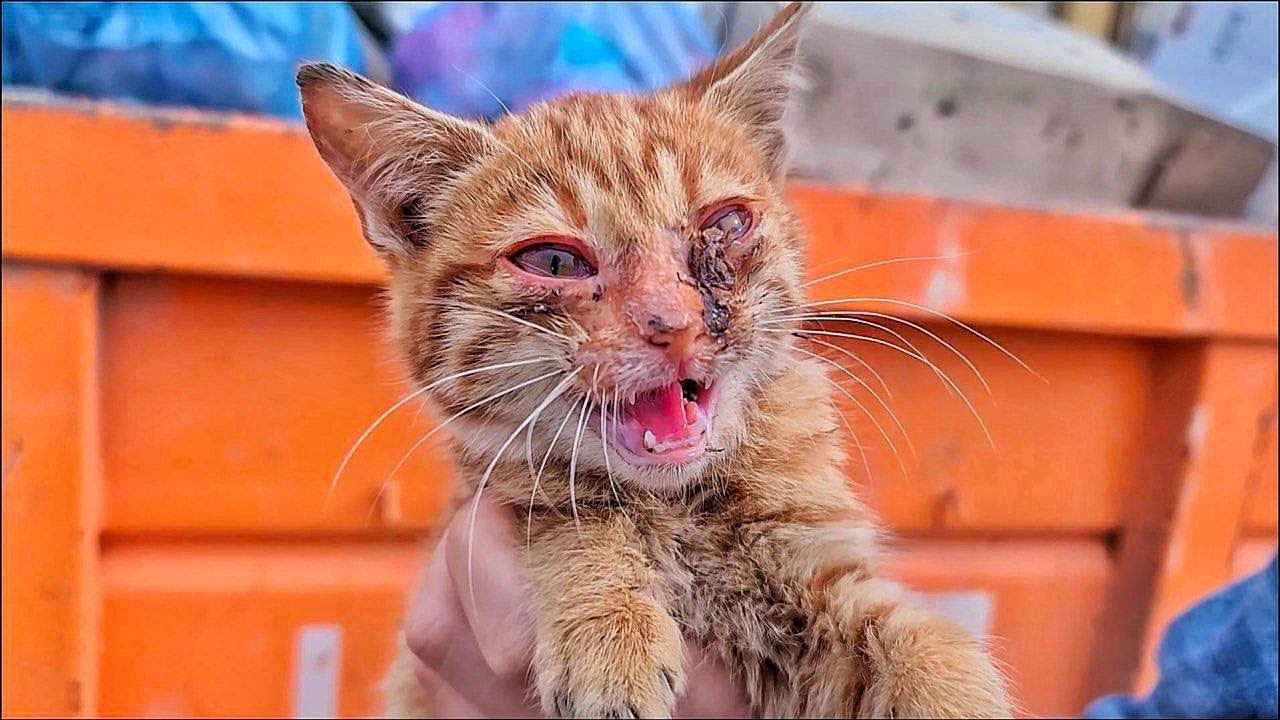 Countless cats who are left outdoors without protection die from infected wounds and injuries, as even small abscesses and common urinary tract infections can become raging and deadly for the cats who cannot be handled and treated.

Love Furry Friends, am animal rescue group, works day and night to help animals that are wandering on the roads or struggling with their lives. Two rescuers while driving through a large parking lot, saw a tiny kitten sitting by herself in front of a huge dumpster. She was really very small and completely lost.

The poor little kitten was very sick and was in dire need of a guardian angel, someone who would come closer and try to save her life. The rescuer picked her up and took her straight to the emergency vet as the kitten was in desperate need of human compassion as well as medical care.

The kitten sat on the rescuer’s lap as they drove as fast as they could to the clinic. The woman told her, over and over, that it would be okay. Her tiny body finally began to relax after fighting to survive for so long. She was exhausted.

On reaching the clinic, the kitten was taken inside and the vet was astounded to see her. He examined her teeth and they proved she was around 8 months old but she was merely the size and weight of a two-month-old kitten due to malnutrition. The rescuer decided to name the kitten Lilith.

The vet cleaned up her eyes and face. She was diagnosed with a viral eye infection as well as a fungal infection from exposure to lichen. But even as the vet gave her medication for pain and antibiotics through injection, and then lifted her up to trim her nails, she remained so strong. Although she was tiny, she was quite the warrior!

Lilith had to stay at the clinic and under speculation around the clock for 5 weeks and the rescuers visited her as much as possible. They desperately wanted her to recover so she could go on to live a happy life.

Dumped Puppy Was Terrified Of Humans, But One Kind Woman Made Her Wag Her Tail