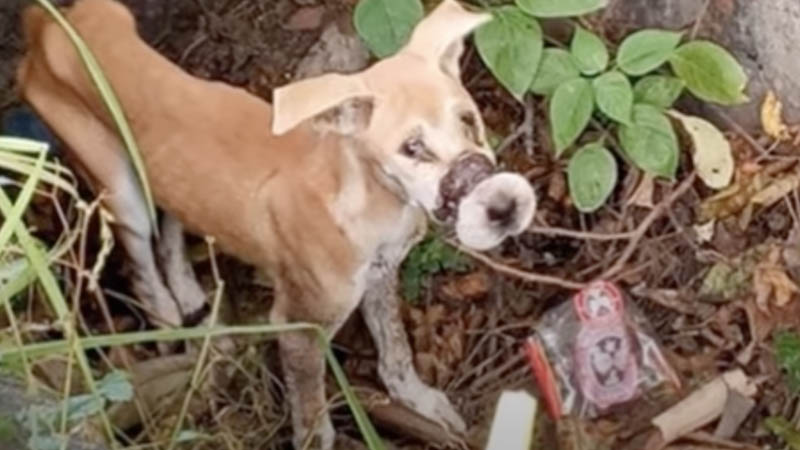 Cruelty to animals and violence towards people have something in common: both types of victims are living beings, feel pain, experience distress, and may die from their injuries. Today, we are going to share a survivor story of a dog, which was later named Motery.

Motery was found all alone with her mouth taped shut and hind legs tied together brutally with a shoelace. It is very sad to see that how could anyone be so cruel to an animal? Unbelievable!

Motery is a victim of not only animal abuse and cruelty but of the underground dog meat trade, too. Dog meat farms are illegal in Bali but still they are being operated under the radar.

Motery’s rescuers believe that she escaped slaughter by jumping off the vehicle on its way to the farm and since then she has been wandering all alone. However, it is quite surprising that Motery managed so stay alive with hind legs bound and mouth sealed.

Her rescuers brought her to a local vet clinic where she was treated. Severely malnourished and dehydrated, Motery was given IV fluids ad supplemental nutrition to recover her strength. Motery, being only five months old as estimated by the vet, developed serious infection in her mouth and was given high doses of antibiotics.

Within few weeks, Motery began to put on weight which was a true depiction of strength. As time passed by, she started to eat on her own however, she had still a few surgeries pending as said by the vet. She needed skin graphs and reconstructive surgery to live as normal of a life as possible.