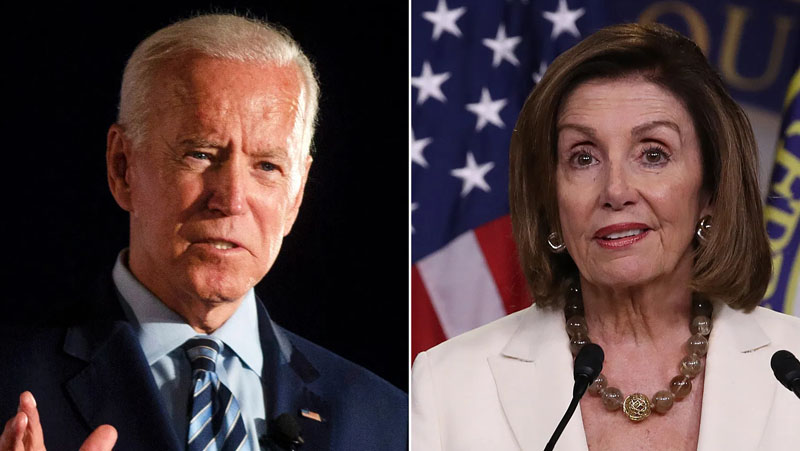 Numerous Republicans will not show up for Biden’s first address to Congress on Wednesday night. In a letter to Speaker Pelosi, Republicans explained why several GOP members are unable or unwilling to attend.

“You recently invited President Joseph R. Biden to deliver a Joint Address to Congress on the evening of April 28, 2021,” the letter states. “As you know, this day falls during a week when only the Senate is in session and during which the House stands in recess for committee work.

Additionally, it has recently been reported that only a small number of Members of Congress will be invited to attend this session, which would be unprecedented. We request that you reschedule this event for a day during which the House is in session and extend invitations to all Members of Congress.”

The letter continues to state the reasons the Republicans oppose the address being held on the date Speaker Pelosi scheduled it.

“In our nation’s history, it is unprecedented to convene a joint session of Congress such as this without extending an invitation to all Members of Congress,” the letter continues. “As you know, the House Chamber and House Gallery can accommodate about 950 individuals.

We understand the need to prioritize the safety of Members and believe strongly that with the right precautions and social distancing measures a space designed to accommodate almost 1,000 individuals can operate at about 50 percent capacity to safely accommodate all members of the House and Senate who attend.”

“We also want to remind you that on January 3, hundreds of members were on the House Floor for their swearing in, including hundreds of guests in the gallery,” the letter added. “If it could be safely done then, it can be safely done now, especially with more members vaccinated than ever before.”

This is a critical point: If the Democratic Party can host hundreds for its own political events, it can accommodate Republican members of Congress for President Biden’s address.

“We must not forget, Madam Speaker, that this is the People’s House,” the letter went on. “Our constituents sent us to Washington to represent them. Article II, Section 3, Clause I of the Constitution requires the President to provide periodic updates to Congress, and Congress has a duty to participate fully in this process.”

“Scheduling this address for a day when the House is not in session and prohibiting Members of Congress from attending would be unprecedented and undermine the very spirit of our representative, constitutional Republic,” it went on. “We strongly oppose any effort to deny Members of Congress access to the People’s House and on behalf of those we represent, urge you to reschedule the event for a day the House is actually in session and ensure invitations are extended to all members.”

Furthermore, there are Republicans who are skipping the event for various reasons. Rep. Steve Scalise (R-LA) will not be attending due to pre-scheduled arrangements. Sen. Marco Rubio said he won’t be attending.

“I will not be attending, and one of the reasons why is the ticket numbers have been really limited; they’re making people sit in the gallery,” Rubio told “Fox and Friends” on Tuesday. Rubio pointed out the petty game the Democrats appear to be playing.

“It’s interesting — when it came to coming together to impeach Donald Trump for the second time after he was out of office, they put 100 senators in the same room sitting just inches apart for hours at a time over five or six days,” Rubio said. “Apparently COVID was not an issue then. But now, of course, for something like this we can’t have that many people in the room sitting next to each other. So it’s kind of silly season here.”

“Speaker Pelosi and the Administration planned this event on an off-session day, and I had prior commitments in the state of Florida,” Donalds told Fox News in a statement. “Also, in an effort to reduce my carbon footprint, I think it would be environmentally irresponsible for me or my colleagues to fly all the way to our nation’s Capitol only to hear a speech.”

It is fitting that many Republicans won’t be able to show up for President Biden’s first address to Congress. After all, it took Biden nearly 100 days to show up to address Congress.

Meghan Markle could be booed in the U.K, journalist claims

Mom Forces Daughter To Take Pregnancy Test With Her, But They Are Shocked At The Results