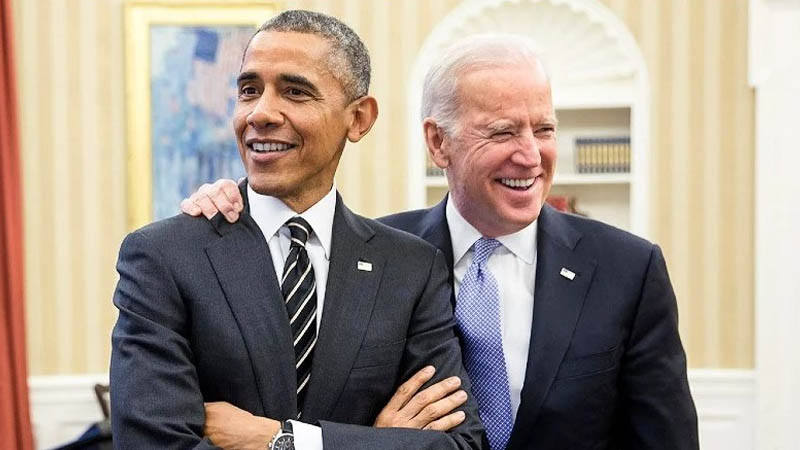 Former President Barack Obama is returning to the public limelight to give the Biden administration a much-needed booster.

Joe Biden, who is clearly disconnected and often absent of knowing what is going on, continues to shy away from unscripted exchanges with reporters.

On Sunday, Obama will be hitting the airwaves on NBC to plug an hour-long endorsement of the Biden vaccine rollout. It has taken a major hiccup with the “pause” of the Johnson & Johnson vaccine was tied to at least six cases of a rare blood-clotting disorder out of 7 million doses.

NBC will air the hour-long vaccination special, “Roll Up Your Sleeves,” on Sunday, April 18 at 7 p.m. with the aim of educating viewers, raising awareness, and dispelling concerns surrounding the COVID-19 vaccines, all with the goal of increasing vaccination rates to put an end to the pandemic.

President Joseph R. Biden will appear during the hour to speak directly to the American public at this historic time about the importance of getting the COVID-19 vaccine when available to beat the pandemic, protect loved ones and continue the road to recovery.

Former President Barack Obama will also appear alongside NBA legends Charles Barkley and Shaquille O’Neal to remind audiences that getting the COVID-19 vaccine is a crucial step for Americans to return to the activities they love. As previously announced, former First Lady Michelle Obama will be featured in the special alongside friends Faith Hill, Jennifer Lopez, and Lin-Manuel Miranda.

As previously announced, viewers will hear from Dr. Anthony Fauci, Director of the National Institute of Allergy and Infectious Diseases and Chief Medical Adviser to the President, on separating fact from fiction about the vaccines and urging all Americans to do their part in getting the vaccine when eligible. Matthew McConaughey will interview him.

Donald Trump noticeably will not be there, but he had something to say about Biden’s recent vaccine hiccups.

“The Biden Administration did a terrible disservice to people throughout the world by allowing the FDA and CDC to call a ‘pause’ in the use of the Johnson & Johnson COVID-19 vaccine,” Trump said in a statement. “The results of this vaccine have been extraordinary but now its reputation will be permanently challenged.”

Dr. Ronny Jackson, who served as the White House physician to Presidents Barack Obama and Donald Trump, sounded the alarm on Biden after he fell three times trying to board Air Force One last month.

“I served as White House physician under THREE Presidents,” Jackson said in a tweet. “I’ve seen what it takes physically AND mentally to do the job. I can tell you right now that the way Biden is hiding from the public is a MAJOR red flag. Something’s not right!”