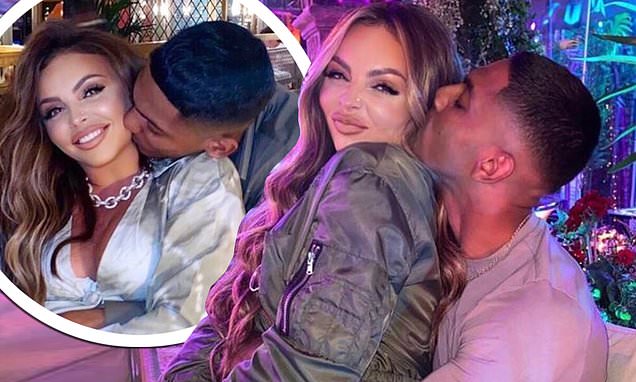 Jesy Nelson and Sean Sagar have reportedly split up after nine months together, with a source saying: “She has to put herself first.”

The split comes after Our Girl actor Sean was caught liking a number of sexy snaps on Instagram, including of Netflix star Nicole O’Brien, who appeared on the show Too Hot To Handle.

A source has reportedly said that “things haven’t been right between them” recently.

They told The Sun: “Jesy and Sean have decided to take some time apart. It’s such a shame as they made a lovely couple but recently things haven’t been right between them.

“Jesy just left Little Mix and is working hard on herself right now — she has to put herself first.”

They added to the publication: “Lockdown has made it really difficult too, so for now Jesy and Sean are taking time apart from each other.”

Fans of the former Little Mix babe, 29, initially started thinking something may be going on between Jesy and Sean on Wednesday when they noticed she’d deleted her photos featuring Sean from her Instagram profile.

Sean also removed snaps featuring Jesy from his profile, and was caught liking photos of stunning models, including of Yasmeen Falck.

It is believed that Jesy and Sean had been dating for around nine months, and they were spotted walking hand-in-hand in Brighton in August of last year.

They later went Instagram official in October 2020, though evidence of their romance has now been removed from their profiles.

It appears Jesy is taking time to focus on herself after she left Little Mix after nine months with the other girls – Leigh-Anne Pinnock, Jade Thirlwall and Perrie Edwards.

She posted a heartfelt statement in December 2020 announcing her exit from the pop band.

“The truth is recently being in the band has really taken a toll on my mental health.

“I find the constant pressure of being in a girl group and living up to expectations very hard,” she wrote.

The beauty went on: “I need to spend some time with the people I love, doing things that make me happy.

“I’m ready to embark on a new chapter in my life – I’m not sure what it’s going to look like right now, but I hope you’ll still be there to support me.”

Eva Longoria: ‘I was the Black Sheep in My Family’