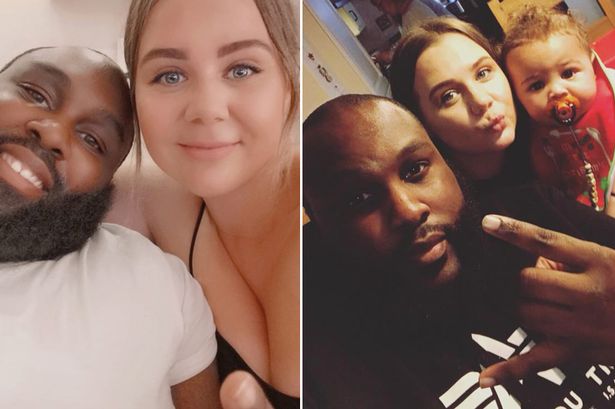 The devastated fiancée of a healthy dad who died from coronavirus despite having “followed all the rules” has urged Brits to take the pandemic seriously.

Sam Akadi quickly deteriorated after being rushed to hospital with breathing problems and despite being moved to intensive care he passed away on Friday.

The 32-year-old began displaying symptoms on January 7 and tested positive the following day before things took a turn for the worst.

Partner Amy Skallist, 31, said Sam had started coughing, had a temperature and began getting tremors before going for a test.

But while isolating in his room, his condition worsened and Amy called 111.

Soon after being admitted to hospital, Sam was placed on a ventilator and then put into a coma as he battled the virus without his family by his side due to Covid rules.

Amy, from Bromley, South East London, who has been left to raise the couple’s son Isaac, three, alone, has begged people to follow the rules because “you just don’t know”.

She told the Daily Mail : “I just think this is your worst nightmare.

“If people don’t start listening the pandemic will just go on and there will be more heartbreak.”

The grieving mum said she and Sam, a couple for 15 years, both worked from home and he had only been out to the chemist and a petrol station prior to testing positive.

While she was unable to be by her partner’s side for the majority of his hospital stay, Amy was called before he died and told by staff she “should go to see him”.

“The nurses and doctors you could see were so tired. Sam wasn’t the only person they lost that day,” she continued.

“If you’re someone who dismisses Covid you’re not going to understand until you’re the one either sitting in the chair with someone in a hospital bed or you’re in the bed dying.”

Amy and Isaac both also tested positive for the virus after Sam’s result came back despite showing no symptoms.

She said her little son is too young to understand what is happening and keeps asking for his dad.