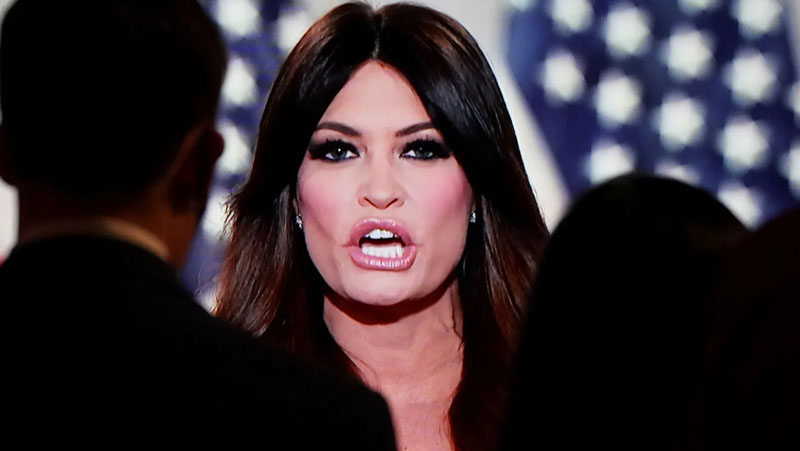 If you recall, a while back Donald Trump Jr.’s girlfriend Kimberly Guilfoyle was slapped with some pretty serious allegations of sexual harassment from her former Fox News assistant who claimed she was regularly subjected to degrading, abusive, and sexually inappropriate behavior at the hands of her then-boss.

We’re not sure what exactly ever came of the allegations, though reports alleged that Fox News paid a disgusting amount of money in an attempt to cover up the scandal. However, even sometime after news of the allegations broke, it seems that the old saying, “Birds of a feather flock together” still rings very true.

The campaign of former Missouri Gov. Eric Greitens, who is now running for Senate, recently announced that none other than Don Jr.’s main squeeze, Kimberly Guilfoyle, would be joining the team as their national chairperson.

“Kimberly Guilfoyle is a former prosecutor and Fox News host who most recently served President Donald J. Trump as the National Chair of Trump Victory Finance Committee — the organization responsible for raising hundreds of millions of dollars in support of the President and his America First agenda,” the campaign’s statement reads.

In the statement, Guilfoyle herself said that she is “proud to join this team as the National Chair and look forward to championing Governor Greitens’ vision throughout Missouri and around the country.”

At first glance, this development isn’t all that staggering at all. Frankly, we expected members of the Trump crew to start spreading out into various other GOP politics as Donald’s reign of terror came to a close.

However, what makes this particular move rather… Interesting, I guess you’d say… Is the fact that both Kimberly Guilfoyle and Eric Greitens have been accused of sexual assault/harrassment.

As noted above, Guilfoyle was accused of inappropriate behavior with her assistant several years back, and Greitens was embroiled in a scandal back in 2016 when he was accused of photographing a women he was involved with while she was naked and then using those photos to force her into silence about the affair.

The woman, who obviously was not Greitens wife, would later tesitfy that the affair was not always a consensual one. She alleged that the former governor once coerced her into performing oral sex on him before he would allow her to leave.

The charges against Greitens were ultimately dropped in 2018, with prosecutors citing a lack of sufficient evidence.

You can see the official statement here: