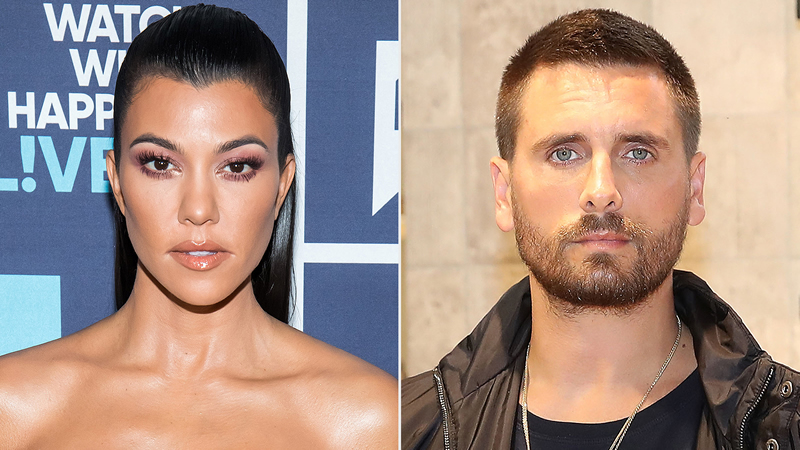 In a recent episode of Keeping Up With The Kardashians, Scott Disick had a candid conversation with ex Kourtney Kardashian on his feelings about her dating life.

As they talked, Disick revealed that it “hurts” to see Kourtney date – or even flirt – with other men.  “It sucks,” he said of his jealousy. Scott’s comments got a huge reaction from fans, and most of them were not too happy with the reality star.

During the show, Scott told Kourtney that “it annoys [him]” when she flirts with other men. “I feel like it annoys me when you flirt with this lifeguard,” he said, per E! News.

Kourtney replied that she was “definitely not flirting with the lifeguard,” but Scott explained that seeing her around “any guy bothers [him].”

Kourtney questioned, “Around another human that I’m not flirting with?”

Scott explained where he was coming from, saying that he still felt like she was acting “a little flirty.”

When Kourtney continued to protest, he admitted that this discomfort might have more to do with his own “insecurity” than anything else. “Then it’s my insecurity that I feel like I just don’t like seeing you with another guy,” he said. “It hurts me when you’re with somebody else.”

Scott explained that he had felt jealous of Kourtney’s romantic relationships in the past. “Waking up to, like, looking at pictures of you with this guy you were dating…it’s just unhealthy. It made me upset and sad, you know what I mean?” he said.

“And now I wake up with no real problems. I’m, like, carefree in a sense that I don’t have that, that used to take up a lot of space in my mind all day. But the big fear is if you start dating again, then it goes back to that and I have to feel like a different way again and it’s just hard,” he explained. “It sucks.”

Although Kourtney did not seem offended by Scott’s comments, plenty of fans were on her behalf. Most of them cited Scott’s own romantic past. “And I’m sure it hurts seeing him date teenager lol smh,” one wrote on Instagram. Another commented, “Please..he always has a girlfriend.”

Another asked Scott to “leave Kourt” alone. “Scott, I love you but please,” they wrote. “Find your own peace & leave Kourt. She’s given you YEARS with kids. Let her be genuinely Happy now. Just wish her well, she deserves it.”

Kimberly Guilfoyle, Who’s Been Accused Of S*xual Harassment Herself, Has Reportedly Agreed To Work For Senate Campaign Of Accused Sexual Abuser