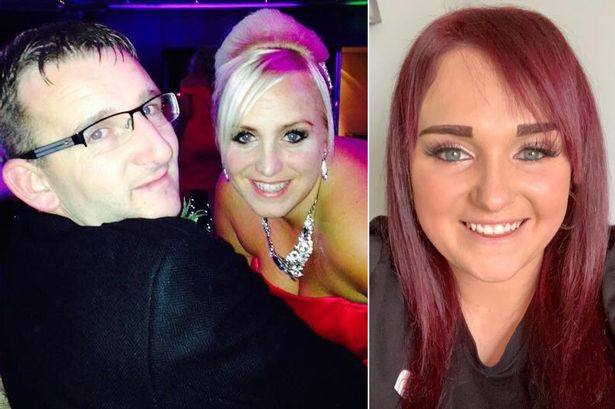 A knifeman who killed his ex-wife and step-daughter posted a chilling rant on social media hours before the bloodbath attack.

He then knifed to death her daughter Nicole Anderson, 24, in the town centre just 20 minutes later on Thursday, the Daily Record reports.

Robertson later died after a car crash at around 8.30pm on the same night.

Police officers are now scouring CCTV cameras after witnesses claimed Robertson had been seen sitting in his car outside the hospital the night before.

Posting on Facebook just before he carried out his horrific attack, he lambasted his estranged wife, who he split from last summer.

He also accused her of being a liar and cheat who had turned his children against him.

The killer wrote: “I’ll no need a phone anymore.

“I never in my life after 20 years together thought you would do this.

“You keep saying what you wont because I don’t care anymore, the right people know the truth, that’s all that matters to me.

“Thanks for all the people who told me stuff, there are some right good people out there.

“I am going to close my Facebook for good and I am not going to have a phone because I don’t need one anymore.”

But officers have said they are not looking for anyone else in connection.

Tributes to mum-of-four Emma and Nicole have poured in.

One relative wrote: “She was the most loving caring person in this world, and never had a smile off her face!

“Best lassie to walk this planet without a doubt, my wee go too is gone I’ll make sure your memory is never forgotten and look after your little sisters for you and your mum, love you forever and a day beautiful.”