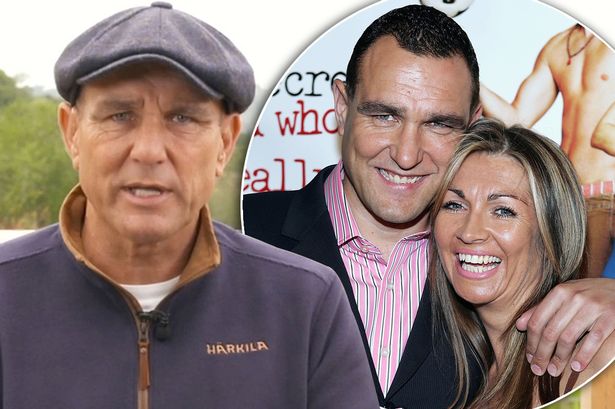 Vinnie Jones has spoken candidly about his life as a widower following the death of his wife Tanya, who he married back in 1994.

As she closed her eyes for the final time, Vinnie, 56, placed a kiss on Tanya’s head and whispered: “I love you, I love you,” during her last breath at their Los Angeles mansion.

Now, the former Sheffield United midfielder has revealed how Tanya’s death has altered his perspective on living alone, while the lockdown periods stop him seeing his son Aaron and Tanya’s daughter Kaley from a previous relationship.

Vinnie, who participated in The X Factor: Celebrity went on to say: “So I can be on my own for long periods, which it never used to be like that.

“But since losing Tans, it’s become a little bit of the norm for me. At least I can get out in the countryside.”

During the lockdown periods, many Brits have spoken of their struggles with finding motivation and positive mental health but Vinnie issued words of advice, urging fans to remain positive.

“It’s no good sitting around in your shorts all day, not brushing your teeth and not showering or shaving. Get a decent routine, keep it going, hopefully at the end of this month we will see some kind of a breakthrough.

“But people feel good in themselves when they have a shower and they get their hygiene right and they don’t get into any kind of depression, so I would say keep on top of that and have a good routine,” he told.

While locked down at his farm, the footballer turned actor had been spending his time wisely, penning his book Lost Without You: Loving and Losing Tanya, which he said was a “very sad” writing experience.

He’s also begun working on his latest film, the fifth and final instalment in the Rise of the Footsoldier franchise.

Vinnie noted that getting back into filming had as a “breath of fresh air” following a tough 18 months.