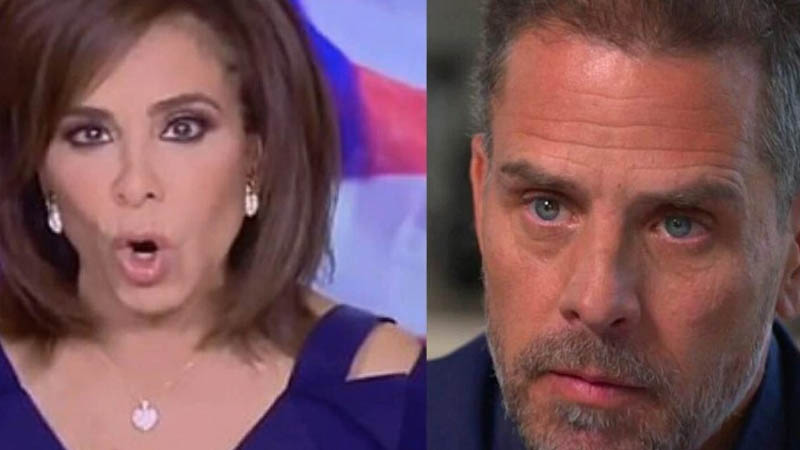 Hunter Biden has crawled out from under whatever rock he’s been hiding under in order to sell his new book.

And trust me, this book wasn’t something Hunter just decided to do on a whim. This is a total PR cleanup move.

They’re trying to change the narrative and turn Hunter into a victim who fought against the odds and came out on top.

An “all-American” recovery and comeback story. I was in PR, and this is a total spin-job…and it’s working to a certain extent because they have the media to back up their messaging.

And that’s why it’s so important that we combat this phony spin-job, and that’s exactly what Judge Jeanine is doing.

Judge Jeanine sees what’s going on here – like the rest of us – Hunter is not a victim. He’s a predator.

So, Judge Jeanine tore into Hunter and our corrupt media for covering up for him. This man should be in jail, not running around touting a book.

The frustrating part in all of this Hunter stuff is that if our media actually did their job and reported on him, he’d be facing justice for the first time in his miserable life.

But they won’t s0 everything stays buried.

And that really shows how much power our media still has.