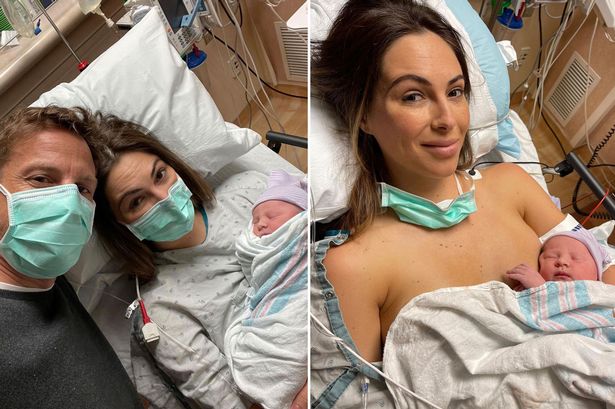 They got engaged in June 2018.The couple became parents to a son, Hendrix, in 2019 and have now added daughter Lenny Monrow to their family. 28 years old Brittny Ward who is a fiancée of the former Formula One driver shared the happy news on social media on Sunday.

Brittny clicks a photo with her daughter [new born baby] . She penned: “Welcome to the world Lenny Monrow Button. Mummy and Daddy are completely in love She has dimples just like her big brother.

Both decided to get married in July 2020 but amid coronavirus they could do it however they will finally be tying the knot in the summer of 2021. “I cannot wait to marry this guy…finally!”
she wrote.

“Jenson was away when I found out,” she revealed, “And I wanted to tell him face-to-face so I waited until he returned home.

“It was so hard to not say anything on the phone but I thought it was more special to do it in person.

“I gave him a little gift box with the test in it and he started crying.”