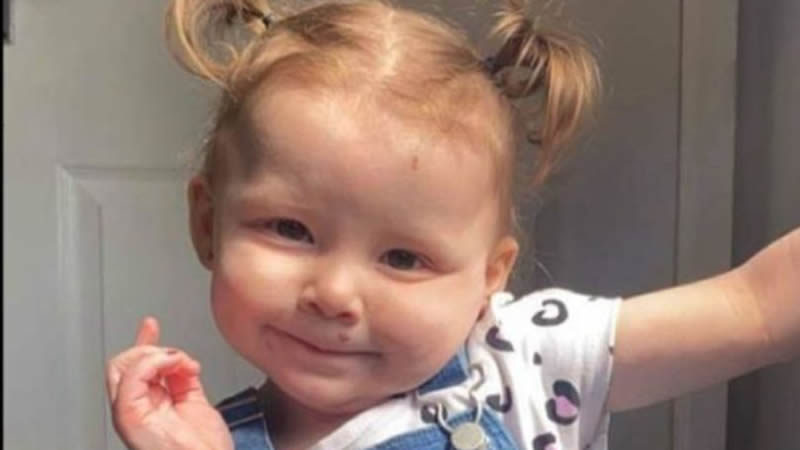 Heartbroken mum Stacy-marie Nicklin was among more than 100 well-wishers who gathered to celebrate the memory of little Harper-Lee on Thursday afternoon.

Hundreds of mourners have paid tribute to a ‘beautiful’ and ‘precious’ two-year-old girl who died suddenly.

Heartbroken mum Stacy-marie Nicklin was among more than 100 well-wishers who gathered to celebrate the memory of little Harper-Lee on Thursday afternoon.

Those attending in Abbey Hulton, Staffordshire, wore pink and white, Harper-Lee’s favourite colours, before a prayer was read and balloons were released into the sky at 4.15pm.

Many hugged and consoled each other before a spontaneous round of applause broke out as the song How Far I’ll Go from the Moana soundtrack was played.

A fund-raising page has also been set up to help meet the costs of Harper-Lee’s funeral.

It reads: “Please help us raise as much as we can to give our precious baba the send off she deserves. Harper-Lee was only two years old and was suddenly taken away from her beautiful mummy and sisters.”

Owner Arfan Mohammed said: “We are surrounded by an amazing community and everyone is deeply saddened by the loss of Harper-Lee.

“As a community we are all getting together to try and raise money for the family to cover the costs for funeral, flowers and other expenses, as well as trying to give Harper-Lee a good send off.

“You don’t prepare for funerals when you’ve got a kid that’s two or three years old. Stacy’s in bits as you can imagine. The whole community in Abbey Hulton is in bits. We’re in shock. At the same time we want to help and support Harper-Lee’s grandmother Paula and Stacy with all the costs.

“We’re looking to try and raise more money. We’ll also be providing food every night for the family.”