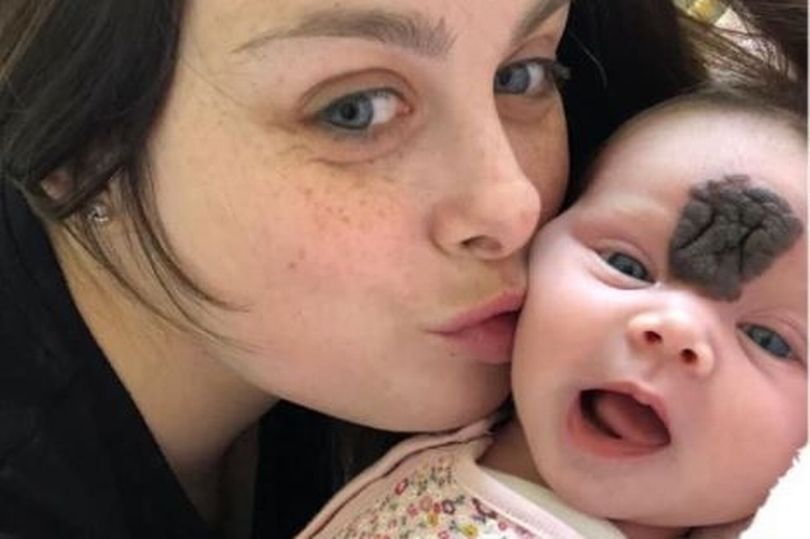 According to the details, a one month old baby girl with a birthmark on her face needs three surgical procedures costing more than £11,000. However, the treatment has been refused on the National Health Service (NHS).

Vienna Brookshaw, the one month old baby girl, was born with congenital melanocytic nevus, meaning she has an extra buildup of benign pigment cells. They appear as a large birthmark between Vienna’s eyes and forehead, which will expand as her head grows.

Vienna, who was born on April 6 at York Hospital, has been told she cannot get treatment on the NHS as the mark does not affect her physical health. Meanwhile, her parents believe the birthmark could seriously affect her mental wellbeing, Yorkshire Live reports.

Her parents have chosen to take Vienna to Portland Hospital in London to get the surgery privately.

“Vienna is a happy one-month-old baby who is loved unconditionally. We wouldn’t change her but it is important to get this removed before she starts school,” said Celine, Vienna’s mother.

Celine explained Vienna will have to undergo an MRI scan as there may be a small risk the mark goes deeper beneath the skin, overlaying the central nervous system.

Celine is taking part in a fundraiser to help her daughter.

She said: “We will be competing in the Total Warrior Half on July 9th 2021 which is a 6k run including 15 challenging obstacles, which we are currently training for, so we can help raise as much money and awareness for Vienna and her condition.”

“Any money raised above the amount for Vienna’s treatment will be donated to a children’s charity. We would be hugely thankful for any donations that are going to change our daughter’s life.”

Why $1,400 stimulus checks could be garnished for unpaid debts