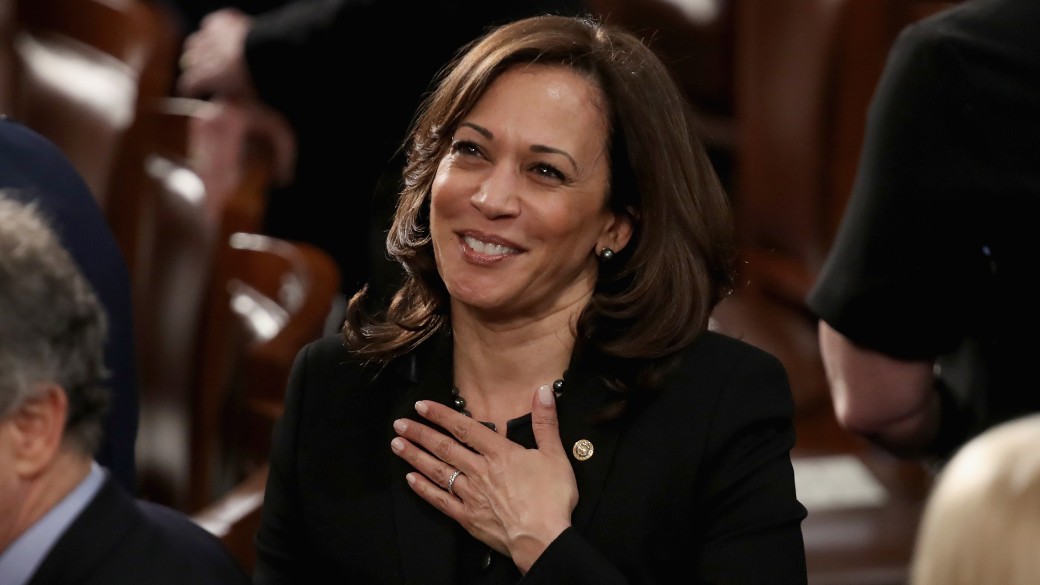 Vice President Kamala Harris threw more gasoline onto the fire of racial division in America with comments she made regarding alleged ethnic disparities in maternal care on Tuesday, though she got an assist from a presidential administration hell-bent on keeping our society tense and tribal.

During the “first-ever presidential proclamation” for “Black Maternal Health Week” (what — it’s not worth a whole month?) The New York Times describes as “part of the administration’s broader efforts to draw attention to and address the vast racial gaps in pregnancy and childbirth-related deaths and complications,” Harris made sure to keep it real with her party’s perpetually ticked off racial animosity faction.

“Black women in our country are facing a maternal health crisis,” said Vice President Kamala Harris during a “round table” event she hosted with fellow racialist Susan Rice, Joe Biden’s director of the Domestic Policy Council.

“We know the primary reasons why: systemic racial inequities and implicit bias,” Harris added without providing a scintilla of fact-based evidence.

So the Times, naturally, attempted to fill in the ‘fact’ gap for Harris:

The U.S. continues to have the highest maternal mortality rates in the developed world, driven in large part by the high mortality rates among Black mothers. Approximately 700 women die each year as a result of pregnancy or its complications, according to the Centers for Disease Control and Prevention, and Black women are three times more likely to die from pregnancy-related issues than white women.

Maternal health discrepancies are intertwined with infant mortality: Black infants are more than twice as likely to die than white infants — 10.8 per 1,000 Black babies, compared with 4.6 per 1,000 white babies.

Wait — what do these sterile numbers mean without context? For instance, numbers alone cannot and do not account for other elements such as lifestyle, risk factors, genetics, and other characteristics that most likely are contributing to poorer outcomes for black mothers.

But see, factoring in these elements makes it impossible for the Democratic racialists in the Biden regime to scream “we have found racism in maternal care in America!” until they are near to passing out from lack of oxygen.

We know this because as “proof” the ’round table’ event planners invited three black women who swear — swear, mind you — their poor outcomes or near-poor outcomes were the result of ‘racist’ doctors who save their best care for white people only.

“The number one thing I hear is, ‘They’re not listening to me,’” Heather Wilson, who lost her own child and became a bereavement doula told the group, according to the Times. “There were times that I felt that way, too.”

“We just need to be listened to and heard, especially when it comes to pain throughout the reproductive system,” added Erica McAfee, founder and chief executive of Sisters in Loss, a podcast featuring mothers who have suffered loss.

“For every maternal death, over 100 women experience a severe complication related to pregnancy and childbirth — something we call severe maternal morbidity, and it impacts over 50,000 women in the United States every year,” said Elizabeth Howell, chair of the Department of Obstetrics & Gynecology at the University of Pennsylvania.

Did anybody bother to ask Howell why this is so, or how she might think it’s because of ‘racism’ in maternal care?

These questions, as well as environmental societal differences between demographics and ethnic groups, matter because the answers matter. And if we didn’t have professional gaslighters in the White House and throughout the Democratic Party, maybe we’d have those answers.

And likely, those answers would have have nothing to do with ‘racism.’