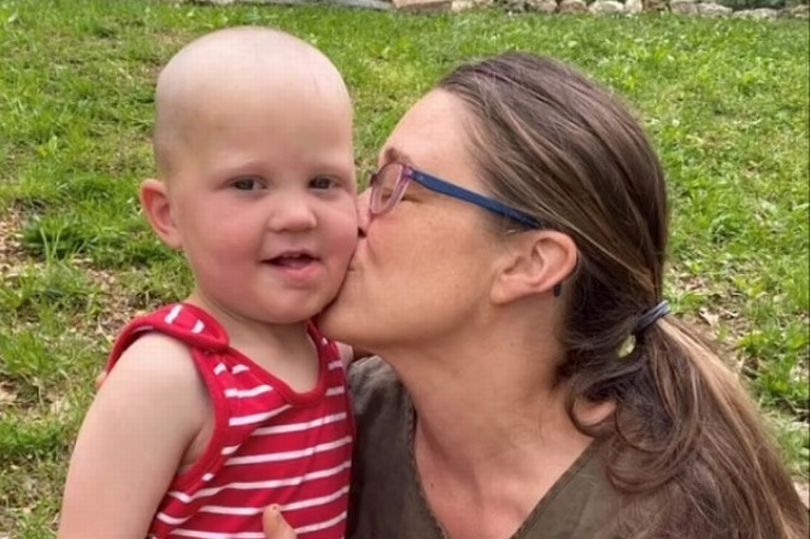 A woman abducted a two-year-old boy from a church nursery before shaving the child’s head, police say.

Noah Trout’s parents were terrified when he was taken from a Baptist church in Ripplemead, Virginia, US, on Sunday.

Police issued an alert hours later believing the boy to be in ‘extreme danger’.

Investigators said the incident was a ‘stranger abduction’ and the boy had been chosen at random.

He was rescued the next day from a mobile home dozens of miles away, Giles County Sheriff’s Office said, but while he was unharmed he had reportedly had his hair removed by his kidnapper.

Nancy Renee Fridley, 44, has since been arrested for abduction and child endangerment charges.

Police said: “We have evidence, through our collaboration with other agencies and jurisdictions, that Fridley may have been casing other places outside of Giles County to commit similar acts.

“We think there are other potential witnesses out there who could and should come forward.

“We urge you to contact your local law enforcement agency if you’ve had any contact with the woman.”

Fridley’s boyfriend Bobby Lee Taylor has also been arrested and charged with one count of abduction in the 2-year-old’s disappearance, US media reports.

Trout was found at Fridley’s trailer home about 75 miles away from the Riverview Baptist Church in Ripplemead from where he was taken.

Fridley is also said to have been in the area of two other churches – New Valley Fellowship Church and Mountain View Ministries – in the weeks before the kidnapping and on the day Noah went missing.

Chief Deputy Scott Moye of the Giles County Sheriff’s Office said: “Every little piece puts us a little closer to putting the puzzle back together.

“Never in my life have I been prouder to be part of a team like that.”

The Stimulus Check Nightmare No One Is Talking About