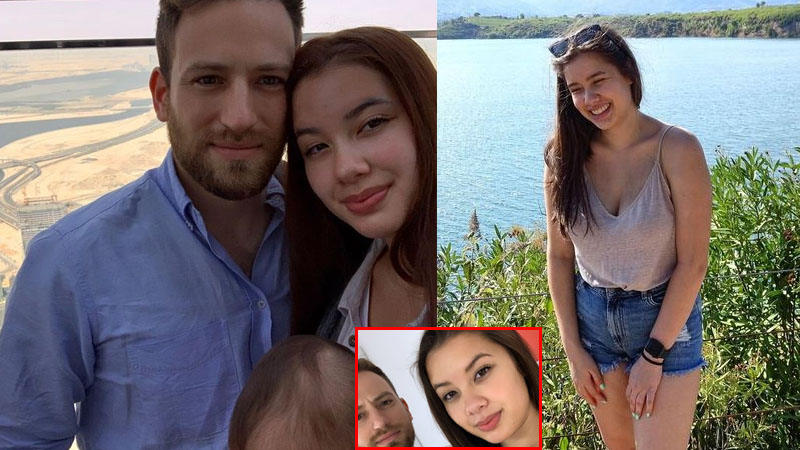 The grieving husband of British mum Caroline Crouch will be shown the mugshots of 30 suspects who police think could have been involved in her murder, it has been reported.

Charalambos Anagnostopoulos, known as Babis, is reported to have seen the face of his 20-year-old wife’s killer during the horror attack last week.

The mum was strangled in front of her daughter after home invaders burst in while the family was sleeping at around 4.30am on Tuesday, May 11.

Detectives investigating her murder have linked 12 break-ins in the past six months around the Greek capital which involved some 30 known criminals to Tuesday’s incident.

Officers currently believe an Albanian organised crime group comprising of Roma and other nationalities to be behind the break-in and murder.

Babis reportedly caught a glimpse of a man who had broken into his home as he leaped onto the bed where he was sleeping with his wife Caroline to stop her screaming.

The killer had been wearing a motorcycle balaclava to hide his identity. But the face-covering slipped down while he was struggling with the 20-year-old British mother.

Babis has described the assassin as being tall, dark-skinned, overweight, and under 30.

A police source told Mega TV: “We suspect that three members of the gang went into the house and one member waited outside as a look-out.

“We believe that the killer felt compelled to murder Caroline because she had seen his face and would identify him to the police.

“But they spared husband Babis because they thought he was unconscious and unable to see.”

Next week Babis will be shown mugshots of convicted burglars with a history of violence to help police track down Caroline’s killer.

And DNA test results from the murder scene – including scraping from underneath the young mother’s fingernails – will be returned.

It is also thought the burglars may have killed Caroline after the black belt kickboxer fought back.

Investigators say the gang approached the couple’s house and broke a security camera outside, and that once inside the family’s pet husky was strangled using its own leash before its body was hanged from a stair banister.

Babis told the police the masked raiders – armed with handguns – then tied him up on the floor and tied Caroline to the bed before demanding “where’s the money?” in broken Greek.

He said the couple had a large amount of cash at home because they had recently bought a plot of land and needed to pay builders for work, and he revealed it was being kept inside a Monopoly box quickly in order to spare his loved ones being tortured.

But the thieves demanded more money and jewellery, then pointed a gun at his infant daughter’s temple before suffocating Caroline when she started screaming, according to Greek media.

On Friday Babis paid tribute to his “beautiful” wife in front of the islanders who adopted the British student as their own.

“One thing that makes me even more sad than her death is the fact that our daughter will grow up without remembering her beautiful mother who was the joy of my life.

“But through her daughter, Caroline will always be with me and with all of us. Our loved ones are the most important people to us all.

“You should always look after your loved ones and enjoy your time together.”

A £260,000 reward for information about the incident has been announced by the Greek Government.