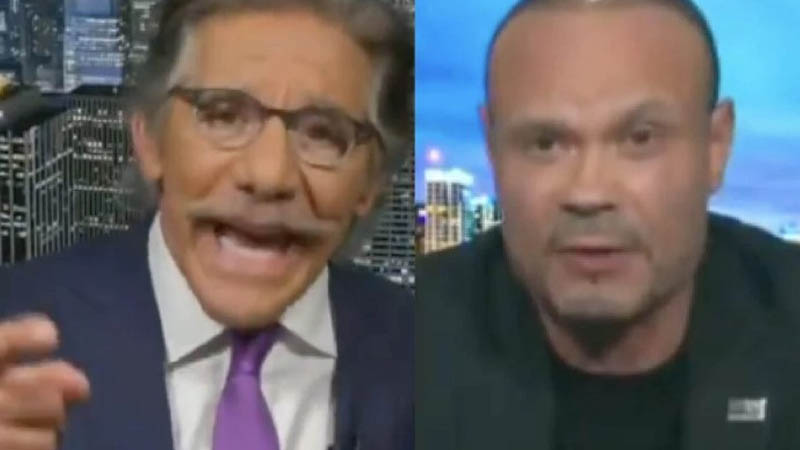 What is going on with Geraldo Rivera? This man literally keeps losing his mind on live TV…

What is going on with Geraldo Rivera? This man is literally losing his mind of live TV – he’s gone off the rails three times in the past week. He looks like the village madman – like the old-time tax collector went bonkers – that mustache of his is just too much.

But seriously, Geraldo is a powderkeg right now, and he’s lashing out and attacking anyone in his path.

Last week it was Leo Terrell and Dan Bongino – and he’s back at it again with Dan Bongino, this time he’s dialed up the crazy to about a “17” on a scale of 1 to 10.

The two were discussing the recent shooting in Brooklyn Place, MN, where Duante Wright was accidentally shot and killed by a police officer when she used her gun, not a taser, during a split-second moment when Mr. Wright escaped from police custody and lunged into his car.

Things got so heated, and Geraldo went so bonkers, that he cussed out dan Bongino on live TV – a retired Secret service agent and a man who just battled cancer and won.

Geraldo called him a “son of a b**tch” and a punk.

Another loving liberal pollinating the world with all that unity.

Dan turned it back on Geraldo and told him, “you wouldn’t tell me that to my face…”

But my favorite part of this mess is after that segment is over and Senator Kennedy from Louisianna is on next and the first thing he says is, ” I hope nobody got stabbed in that last segment”

Hahaha. He has the best sense of humor ever.

You can watch the videos below:

In all seriousness, if Fox News can’t control Geraldo, and Geraldo can’t control his own emotions, they should fire him and bring someone in who isn’t a complete basket case.

I mean, I hate to say this, but Geraldo is now making that emotional windbag Juan Williams seem like he’s somewhat “composed.”

Jim Jordan’s Nuclear ‘Rant’ Against Dr. Fauci Speaks for Americans Fed Up with Violations of Their Liberty