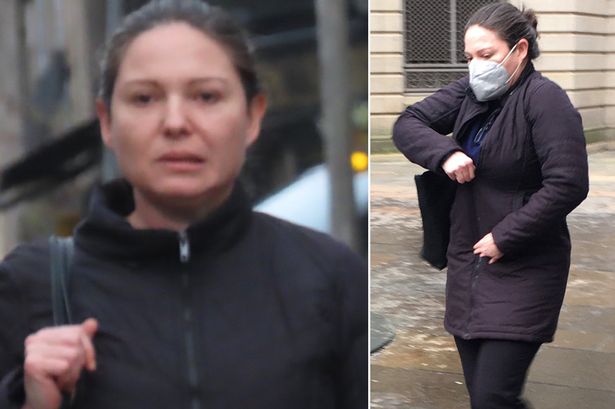 A woman who threatened to kill a member of cabin crew and screamed ‘f*** off’ while drunk on board a plane has been ordered to carry out unpaid work.

Veronique Morel, 39, unleashed a drunken tirade of abuse when air stewards were forced to wake her after the Qatar Airways flight had touched down in Edinburgh in August 2019.

Morel, who was working as a seismic acquisition analyst with ION Geophysical at the time, shouted the obscenity at air staff before issuing the threat to kill one of the employees, the Daily Record reports.

The unruly off-shore worker also emptied her handbag onto the floor before struggling with police officers who had been called in to deal with the passenger.

After being asked to produce her passport, Morel “told them to f*** off” and “raised her middle finger” at the officers.

Morel, from Marchmont, Edinburgh, then “attempted to break free” from the officers and “wedged her legs against the door” of the police vehicle before being taken to Livingston police station.

A court heard Morel later became “apologetic and tearful” as she sobered up at the station and claimed she could not remember the flight as she had mixed alcohol with medication.

She told officers she had not drunk alcohol for four weeks as she had been working off-shore and had downed drinks at the airport in Doha before getting on the plane.

The oil and gas executive represented herself when she pleaded guilty to three offences at Edinburgh Sheriff Court in December and was back in the dock for sentencing yesterday.

Morel admitted to behaving in a threatening or abusive manner by acting in an aggressive manner, shouting, swearing and uttering threats of violence towards a member of cabin crew while on board an aircraft at Edinburgh Airport on August 8, 2019.

She also admitted to being drunk on board the Qatar Airways flight between Hamad International Airport, Doha and Edinburgh Airport and resisting arrest.

Since pleading guilty Morel, engaged the services of solicitor Matthew Nicholson who told the court she was “extremely sorry for her behaviour” and that she had been sacked from her job due to the prosecution.

Sheriff Adrian Fraser said: “You will appreciate these are serious charges in their nature and location.

“Cabin crew who attended to you on the flight should not be subjected to such behaviour.

Morel was ordered to carry out 140 hours of unpaid work in the community over the next 18 months as punishment for her drunken behaviour.