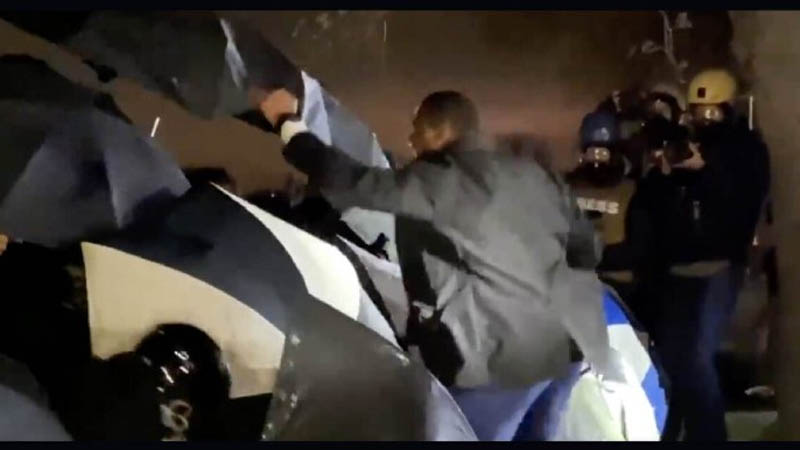 Nothing good has ever come from politically motivated and coordinated senseless violence and hate.

I don’t care what color you are, or what religion you follow – if you’re a decent law-abiding American you don’t like to see what’s happening in the streets of these Dem-run cities.

Nothing good has ever come from politically motivated and coordinated senseless violence and hate.

And that’s what we’re seeing happen once again in Minneapolis, where rioters are taking to the streets over the recent shooting death of Duante Wright, who was killed by a white police officer after he resisted arrest.

The officer claims she meant to grab her taser, but used her gun instead. Bonehead move, but “bonehead” moves will indeed happen in those very crucial split seconds when you think you’re life is on the line.

The officer has lost her job and been charged with second-degree manslaughter.

Ironically, the police officer who shot and killed unarmed 14-year vet Ashli Babbitt at the Capitol has never been named, and he will not face any charges whatsoever…so, the division in this country will continue, and it’s starting to feel very purposeful.

Anyway, as I stated earlier, the BLM rioters have come out to loot, burn, and get combative with police officers.

And that’s where this one law-abiding, patriotic American comes into play.

This very brave black man marched right up to the violent BLM protesters, who were hurling projectiles at police while shielding themselves with umbrellas, and he told them to knock off the violence.

He stood directly in front of them, and in harm’s way, so they couldn’t throw items at the police.

They’re a Marxist organization that is hell-bent on destroying this country, and they use tragedies like this one here to push their communist agenda.

But that amazing man does stand for America, and he’s braver than anyone out there and we need a helluva lot more of him in his country to stand up and speak out.