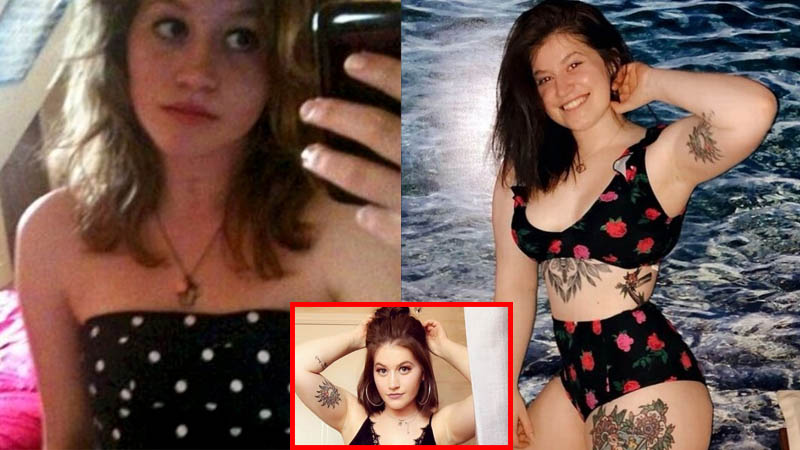 Scarlett Aldrich, a “FLIRTY” prison officer, has been jailed for ten months after bosses found a secret tattoo on her leg for a lag she was in love with.

According to the details, Aldrich was 20 when she had the armed robber’s prison cell number inked into her upper thigh as a symbol of her affection.

At the time, Aldrich, whose mum and stepdad are both police officers, was a trusted member of staff at maximum security Full Sutton jail, near York. She also wrote love letters to the convicted robber and smuggled in a mobile phone and sim card, Hull Crown court heard.

The 22-year-old has been jailed after the tattoo, meant as a symbol of her affection for a prisoner, was discovered during a medical examination.

Jailing her for ten months, Judge John Thackray QC said he had considered a suspended sentence “because immediate custody would have a devastating effect on you and your loved ones”.

The judge further told her: “You did receive the training about the obvious dangers of developing close relationships with inmates. Despite this, you developed a relationship with an inmate serving a sentence for robbery. You allowed yourself to be taken in by him.”

“You put the safety and security of the prison in jeopardy. This was a high security prison where mobile phones and sim cards can be used as currency, providing power, influence, and disrupting prison life. You breached the trust that had been given to you,” Thackray added.

Suspicions about “flirty” behaviour between Jones and Aldrich began in August 2019 and a phone was found jammed up the inmate’s backside with text messages from Aldrich in September.

A colleague spotted they were being ‘flirty’ with each other in the prison workshop and confronted her about the behaviour.