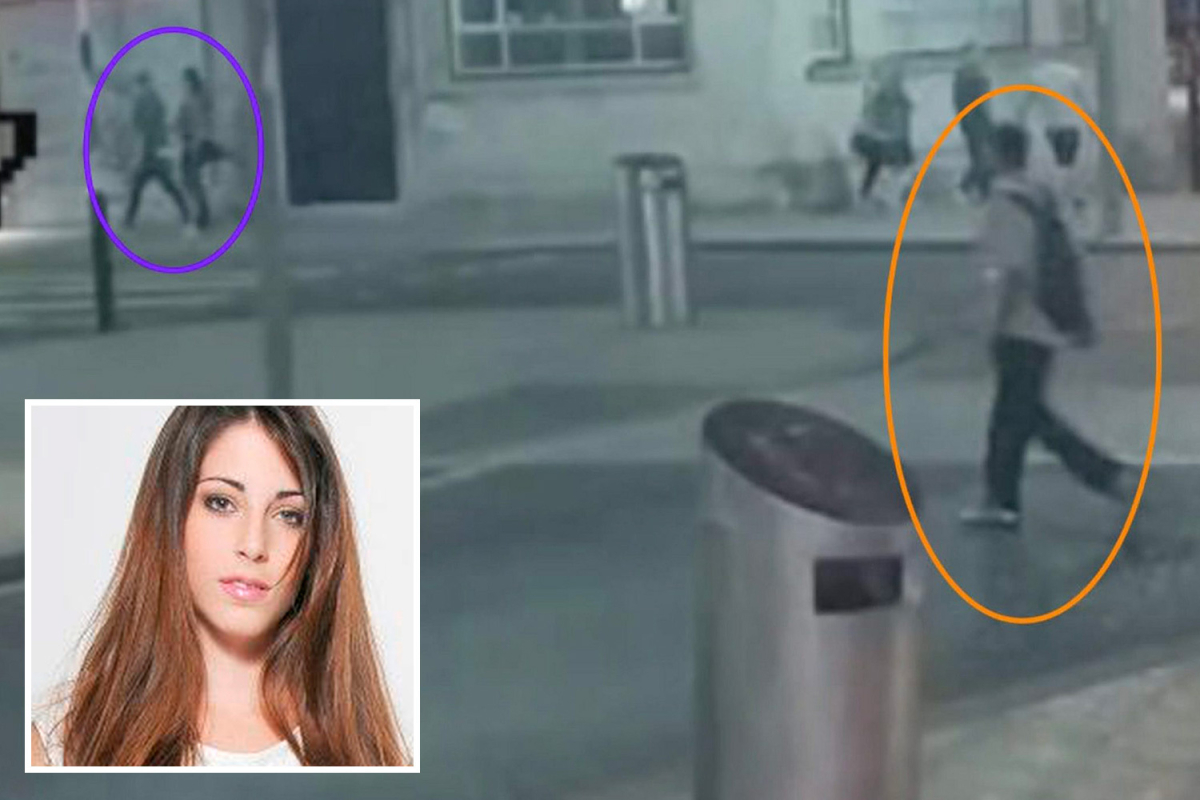 Chilling CCTV images allegedly show a jealous ex-boyfriend stalking his former girlfriend while she was on a Tinder date shortly before she was stabbed to death.

Cristina Ortiz-Lozano was allegedly killed in a “frenzied” attack by spurned lover Abdelaziz El Yechioui Ourzat, the night she went out with another man she met through the popular dating app.

These images shown during the murder trial show Ourzat, still wearing his work uniform of black trousers and tie with a blue shirt and carrying a dark rucksack on his back, following Miss Ortiz-Lozano and her date from the opposite side of the road.

Cristina, a Norwegian Cruise Line worker had dumped Ourzat, a baggage handler at the city’s docks, about a month earlier.

Describing the footage at Winchester Crown Court, prosecutor Kerry Maylin said Ourzat was “hiding in the shadows” outside the pub so he could watch the pair on their date.

The jury was shown footage of Ourzat going into the pub.

When Miss Ortiz-Lozano spotted him, she and Mr Breso-Biosca left suddenly.

Mr Breso-Biosca told the court her face changed “drastically” and she seemed scared like “somebody terrified of an animal”.

“She said she had seen her ex-boyfriend and wanted to leave immediately,” he said.

As they walked back towards her house, Ourzat could be seen on CCTV following them on the opposite side of the road, hanging back at road crossings so he didn’t get too close to his target and ducking behind street corners so they couldn’t see him.

Ourzat stalked his victim all the way to her home in Southampton before stabbing her 23 times in her kitchen with a knife, the court heard.

Mr Breso-Biosca, who was outside, told the court he “kicked the door down” after hearing his date scream.

He said: “My whole body knew she was terrified.”

When he reached the kitchen, he found Ourzat kneeling on top of her.

“She was laying on the floor on her back,” he said. “He was on top of her with one hand on her throat.

“As soon as I got to the door of the kitchen he grabbed the knife with his other hand.

“He was kneeling on top of her. He had her under full submission. He was trying to choke her or hold her down.

“She was already gone.”

Neighbour Alan Mach heard the commotion and went inside the house to find out what was going on.

He said: “He [Ourzat] was just crouching down beside her. There was blood around the woman who was lying on the floor.”

Alan went on: “He had a knife. He reacted [to seeing me] by a look. It wasn’t a normal look. There was madness in his eyes.”

Ms Maylin described Ourzat, 30 and of Moroccan descent, as “a jealous ex-boyfriend in a fit of rage who conducted a frenzied attack on her, quite simply because she had gone out with a male, not Mr Ourzat, on the night of the killing”.

He denies murder but has pleaded guilty to manslaughter by diminished responsibility.

Female teacher accused of ‘s*x with pupil, 14, after begging for explicit pics’