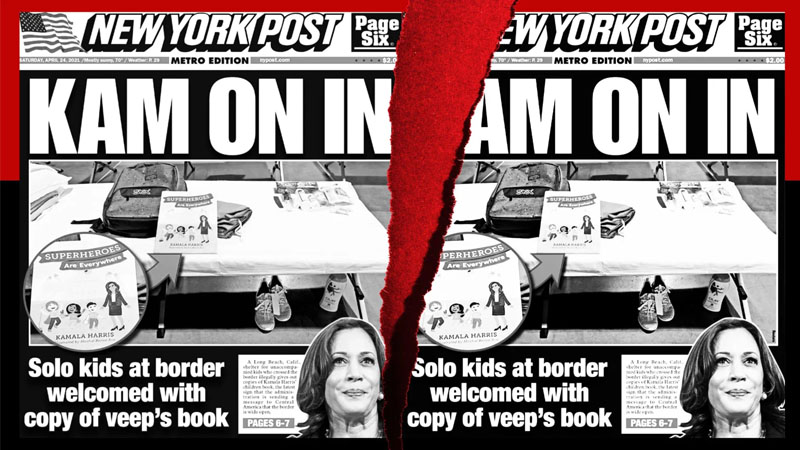 On Tuesday, reporter Laura Italiano confessed, “An incorrect story I was ordered to write and which I failed to push back hard enough against… was my breaking point”. According to the daily beast sources, The New York Post reporter Italiano whose credit was attached to a false story that kicked off a days-long right-wing media outrage cycle has quit.

“Today I handed in my resignation to my editors at the New York Post,” reporter Laura Italiano posted to Twitter on Tuesday afternoon. “The Kamala Harris story—an incorrect story I was ordered to write and which I failed to push back hard enough against—was my breaking point. It’s been a privilege to cover the City of New York for its liveliest, wittiest tabloid—a paper filled with reporters and editors I admire deeply and hold as friends. I’m sad to leave.”

The report blew up the Fox news and mainstream media that was appeared to be based on a single photograph spotted at the facility. The story could catch enough attention and collapse within days. On Tuesday, the Washington Post published that facility only had a single copy of the book, which had been donated as part of a book and toy drive for migrant children.

“The City of Long Beach, in partnership with the Long Beach Convention and Visitors Bureau, has a citywide book and toy drive that is ongoing to support the migrant children who are temporarily staying in Long Beach at the U.S. Department of Health and Human Services shelter,” city spokesman Kevin Lee told the Washington Post. “The book you reference is one of the hundreds of books that have already been donated. The book was not purchased by HHS or the City.”

On the same day, The Daily Beast sources confirmed on Tuesday that the Post was silently removed the false article, along with the thing Psaki exchange based on the incorrect reporting. Within a few hours, the newspaper restored both articles with a short editor’s note affixed to them. The story had massive criticism online, that Italiano resigned from the Murdoch-owned New York tabloid.

Goodbye to the diary room! All the housemates who have left Big Brother