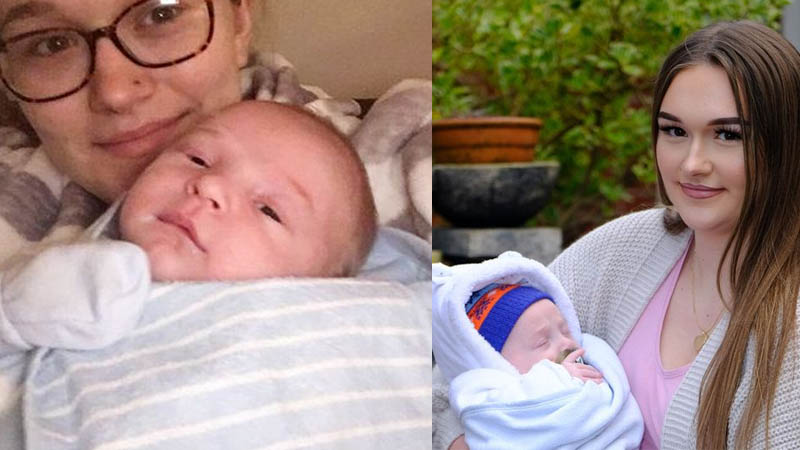 An exhausted mum has overcome extreme insomnia after two years surviving on less than one hour’s sleep a night.

When Angel Bendall’s sleep started suffering, anxiety and nightmares kept her up at night.

The 18-year-old was so tired she suffered terrifying dizzy spells before turning to hypnotherapy.

She says she was diagnosed with Post Traumatic Stress Disorder (PTSD) as a result of a past abusive relationship but hypnotherapy helped her deal with her trauma.

And since giving birth to her son Archie, Angel, from Coventry, has been able to sleep when her baby goes down for a nap, enabling her to claw back hours of precious rest.

Angel said: “It was torture. For almost two years I was walking around like a zombie.

“I could barely even make a cup of tea without needing to sit down because I felt dizzy and faint.

“Even though I was exhausted I couldn’t sleep because I just had the nightmares and would wake up crying.”

After two two-hour hypnotherapy sessions at the start of August last year, Angel’s sleeping pattern has been restored.

Angel gave birth to 8lbs 5oz Archie in November and despite the challenges of caring for a new baby, she was still able to sleep more than she had before.

She said: “Not many new mums can say they get more sleep after their baby is born but I can.

“I try to sleep when Archie sleeps but even when I can’t I manage to get my head down at night without suffering night terrors.

“Before I was waking up at least three times a night, sometimes crying if I’d had a bad dream.

“I’ve really noticed a massive difference in the way I feel and I don’t even mind being woken up by the baby.

“I’ve got so much more energy and don’t feel like a zombie any more.”

“She was suffering from Post Traumatic Stress Disorder as a result of her abusive relationship which resulted in insomnia and anxiety.

“She was really struggling to sleep but we treated her with a combination of mindfulness and cognitive behavioural therapy, Angel was able to regain control of her sleep patterns.

“Coupled with the clinical hypnosis the results are always good.

“I am honoured to have helped her to achieve sound sleep.”