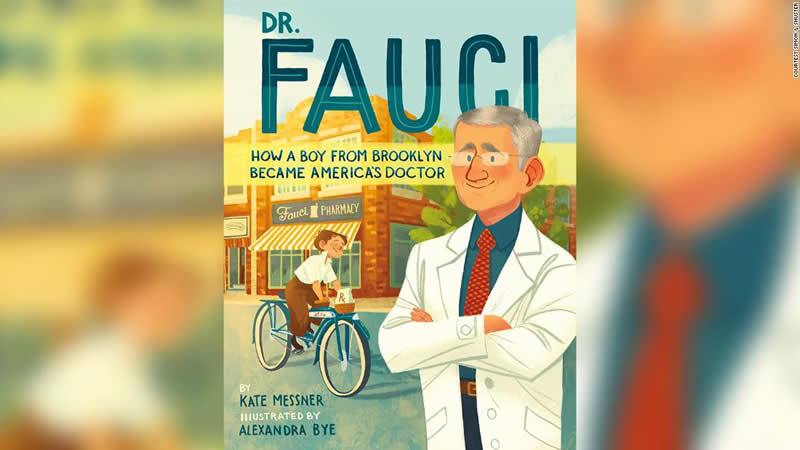 CNN weirdo Brian Stelter announced with Glee Sunday that Dr Anthony Fauci is the subject of a new children’s book titled  “Dr. Fauci: How A Boy From Brooklyn Became America’s Doctor,” prompting many to immediately label it a propaganda campaign.

Stelter claimed that the book, written by Kate Messner and published by Simon & Schuster, “tells you something about media,” appearing to take credit for the thing.

In a follow up written article, Stelter described Fauci as being “immortalized” in the book, with Messner noting “I’m really hopeful that curious kids who read this book — those we’re counting on to solve tomorrow’s scientific challenges — will see themselves in the pages of Dr. Fauci’s story and set their goals just as high.”

Fauci, who has repeatedly flip flopped and lied about the use of masks and admitted that there is no science behind lockdowns, has been ever present on CNN and every other pro-lockdown news bilge station for the past year.

The book was reportedly written with Fauci’s input and consultation.

The book publisher’s website states “Before he was Dr. Fauci, director of the National Institute of Allergy and Infectious Diseases, Anthony Fauci was a curious boy in Brooklyn, delivering prescriptions from his father’s pharmacy on his blue Schwinn bicycle.”

It continues, “His father and immigrant grandfather taught Anthony to ask questions, consider all the data, and never give up – and Anthony’s ability to stay curious and to communicate with people would serve him his entire life.”

Many took to social media to express their opinions…