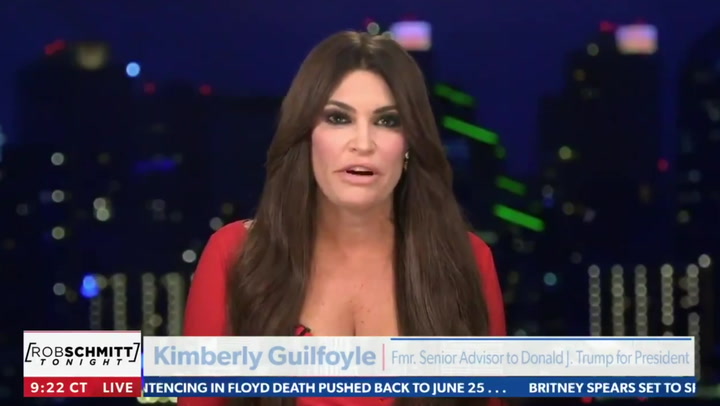 Conservatives can’t seem to make up their minds. President Joe Biden is either “Sleepy” or “Slow,” or he’s doing too much. It can’t be both.

Donald Trump Jr.’s girlfriend, Kimberly Guilfoyle, appeared on Newsmax Tuesday to declare that Vice President Kamala Harris is really running things in the Biden administration, calling the VP “the de facto commander-in-chief.” Guilfoyle, who announced “the best is yet to come” while campaigning for former President Donald Trump while Americans were dying, is the best that Newsmax could come up with, apparently.

“It’s really sad; he’s way in over his skis,” Guilfoyle insisted. “Kamala Harris is really the de facto commander-in-chief. She made it very clear.”

“She’s calling the shots here; I know this. I’ve known her a long time,” Guilfoyle said.

The 100-day standard has measured presidents, and Biden is doing well as he nears that mark. Biden signed a $1.9 trillion COVID relief bill into law less than two months into his term, and he delivered on his promise to get 100 million vaccines into Americans’ arms amid the raging pandemic.

Once he met that goal, he doubled it to 200 million vaccines, and he met that challenge, too. The economy is looking good, too, with unemployment falling, with new jobless claims hitting a pandemic low, and schools are reopening for in-person learning.

Not one Senate Republican voted for the COVID relief bill, and yet, they are upset that the Biden administration is forging ahead to help the American people without them.

Before Trump was elected, he called for the full repeal and replacement of the Affordable Care Act, and with the pandemic, that would have created a nightmare for Americans if he was successful with that. In contrast, Biden reopened the federal Affordable Care Act exchange in mid-February.

Jen Psaki Tore Down A Factually Incorrect Question From Conservative Reporter: “That Is Not How It Works”