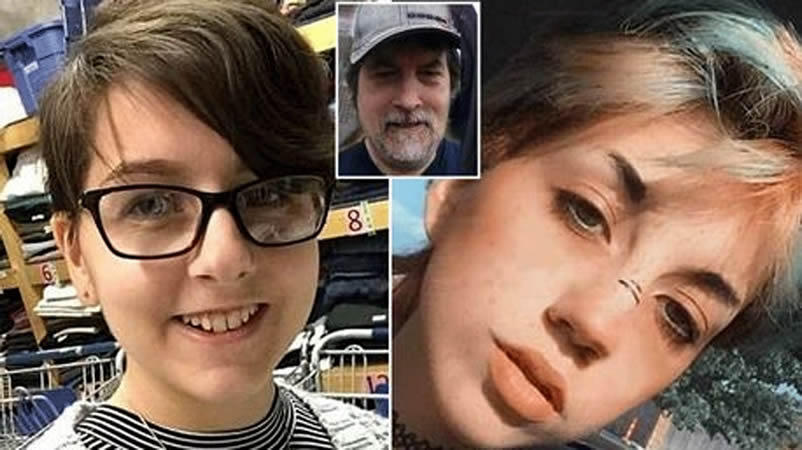 A man shot his two daughters and said ‘how do you like that?’ while on the phone to his wife before turning the gun on himself in a gruesome murder-suicide.

Police say David Kaser, 56, killed Clarissa Kaser, 19, and her sister Crystal “Grey” Kaser, 14, during the horrific incident in Sand Springs, a city in Oklahoma, US.

The killings came just days after the grizzly discovery of a couple and their two young children found dead in the same suburb in a separate triple murder-suicide.

Officers first went to the Kaser family home after a phone call from the man’s wife at about 1pm on Tuesday.

Police told reporters the woman had called officers and told them her husband called her at work making threats he was going to kill their daughters.

She told police she heard what she thought was a gunshot while on the phone and Kaser made a comment ‘how do you like that?’

Police were unable to contact Kaser and after searching the home they found all three bodies.

The killings took place less than a mile away from a separate and unrelated triple murder-suicide just 10-days ago.

In that case, officers said a father stabbed his two young daughters and their mother to death, before killing himself.

In a statement local police said the two ‘senseless’ tragedies had rocked the community.

“Today our officers are dealing with another scene of senseless violence against innocent people,” a Sand Springs police spokesman said in a statement.

“This is so out of place for our community, that we are all trying to understand why.

“I ask that if you are in a situation in which you feel hopeless, angry or out of control, please call us and let us help you.”

Both the Kaser girls had attended local schools, with Clarissa having recently graduated.

Superintendent of Sand Springs Public Schools Sherry Durkee said in a statement: “Our hearts are heavy for the recent tragedies of two Sand Springs families. Our condolences go out to each of these families.

“As our community tries to make sense of the last few weeks’ events, we will stand ready to offer support and help whenever needed.

“We must make it our priority to lean on each other, love our neighbour, and support our students and families to the greatest extent possible.”