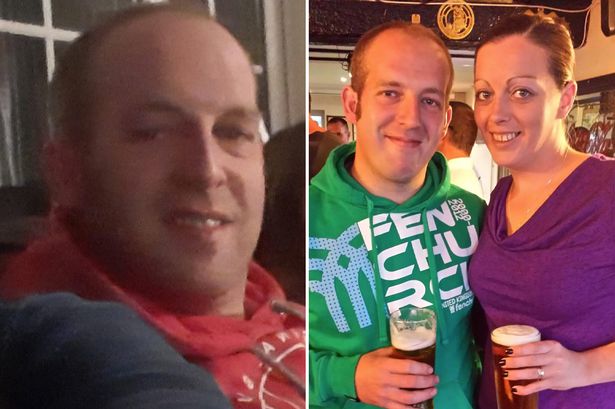 A dad-of-three died after being buried in a hole while trying to rescue his dog, an inquest heard.

Gary Davies, 36, had been digging in the hole when the loose earth fell on top of him as he was trying to reach his trapped sheepdog.

The farmer was rescued from the hole by emergency services but died five days later in hospital, the hearing was told.

An inquest into his death opened on Friday as police carried out an investigation into the tragedy for the coroner.

The hearing was told he was at Gorse Farm in St Harmon, Rhayader, Mid Wales, when the tragedy unfolded on January 11.

His beloved pet ran off and went missing in countryside, so the livestock farmer started searching for it.

Coroner’s officer Emma Mathias told the hearing at Pontypridd his dog “ran loose” before going down a hole.

She said: “Mr Davies had gone in the hole trying to reach the dog and some of the loosing fell on top of him and buried him.”

Emergency services were called to the scene and he was taken to hospital, where he died later on January 16.

A post mortem examination by pathologists indicated he had sustained a brain injury.

But a full investigation has yet to conclude.

Coroner Graeme Hughes said a full hearing will take place in Welshpool when all the relevant evidence has been collected.

The devoted dad was from a large farming family and was well known in the rural area.

Hundreds of friends left tributes to him, telling his wife Emma their thoughts were with her and their children.

One said: “Fond memories of Gaz. Love and hugs and deepest condolences to you all.”

Another added: “Such devastating news, there are no words.”

Emma previously shared a post about the missing sheepdog on January 11 on the nearby common land.

Local councillor Donald Jenkins said: “It is a terrible tragedy because he was such a young fella.

“It is awful for his wife and family.”

Angelina Jolie refuses to interact with other people due to her trust issues: Rumor

Virginia school principal, assistant principal depart after 6-year-old shoots teacher: “the administration could not be bothered”