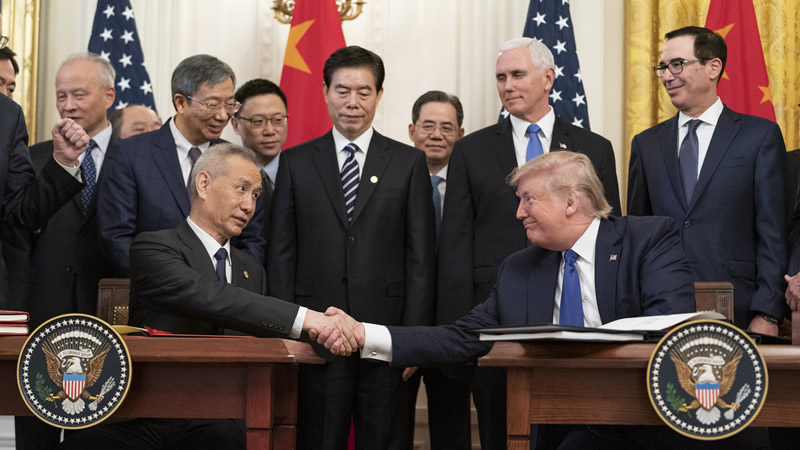 BEIJING (Sputnik) – Beijing is ready to work on restoring dialogue with Washington and hopes the US abandons its sanctions policy, Chinese Foreign Minister Wang Yi said, emphasising that China had never meddled in America’s internal affairs.

“Over the past few years, the United States basically cut off bilateral dialogue at all levels”, Wang said at a Foreign Ministry forum in Beijing on Monday.

Wang blamed the administration of former US President Donald Trump for the deterioration of bilateral relations and called on Washington to create conditions for cooperation, removing tariffs on Chinese goods, and abandoning sanctions imposed on Chinese tech companies and academic institutions.

“We stand ready to have candid communication with the US”, Wang said, emphasising that China and the US need to strengthen mutual understanding through dialogue, despite social, cultural, and historic differences and various disagreements between the two countries.

The Chinese foreign minister said that Beijing has never interfered in US internal affairs, respecting the choice of the American people, so Washington needs to respect China’s interests as well.

Wang said the US needs to stop “smearing” the Communist Party of China and the country’s political system, and must stop supporting the erroneous actions of separatist forces that are in favour of Taiwan’s independence. The foreign minister also called against Washington’s attempts to undermine China’s sovereignty and security and to meddle in its internal affairs, particularly concerning Hong Kong, Tibet, and Xinjiang.

Wang stressed that China protects peace in the world, does not aim to overthrow the governments of other countries, and does not impose any ideology on other states.

Although US-Chinese relations fell to new lows under the Trump administration, US President Joe Biden has vowed to be even tougher on Beijing than his predecessor. In a tense call with Chinese President Xi Jinping earlier this month, Biden warned Beijing that the US was concerned with its activities in the Indo-Pacific, human rights abuses, and unfair trade practices. Chinese officials have repeatedly denied all of these allegations.

Kim Kardashian & Kanye West Divorce: Not The Abortion Tweet, But This 2-Year Old Statement Was The Real Breaking Point?