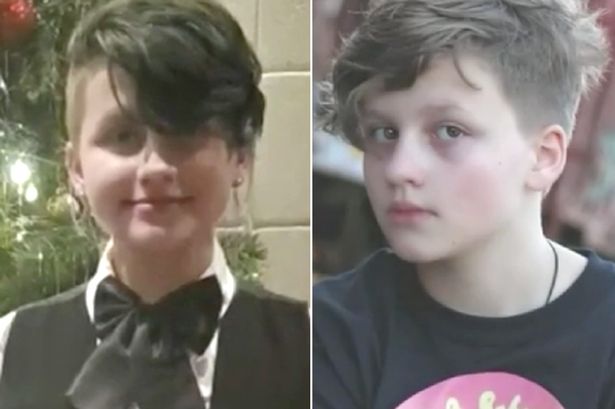 A child, 11, was attacked in a school toilet and left with a suspected concussion after reportedly being bullied for being non-binary.

The child’s mother has now spoken out, claiming the pupil had been repeatedly bullied on school grounds.

Morgaine Blanchard is an 11-year-old who identifies as non-binary and studied at Camden County Middle School in Georgia, US.

Non-binary people are defined as having a gender identity that does not fit into the male or female binary.

“And as a family, we’ve chosen to allow them to express themselves however they’d like.”

She said school staff has mis-gendered her child, who identifies with the pronouns “they” and “them.”

She added that not only had staff at the school refused to call Morgaine by the student’s preferred pronouns, but that this week a classmate had physically assaulted Morgaine.

Morgaine said: “It was a bathroom break. I just got finished washing my hands. I turned my back to the trash can to put the trash into the trash can, this girl came up and whacked me in the back of the head.”

Morgaine reportedly went to the nurse’s office and started to feel nauseous and dizzy with worsening vision.

The child was said to have been taken to hospital where they were suspected of having a concussion and also had swelling on the back of the skull.

Reportedly the police were contacted about the incident and it is not known if the school has taken any action.

A statement from Camden County Schools was reported to have said that out of ‘respect for student privacy’ they would not publicly comment on any student-specific concerns.

It went on to say that the school was committed to meeting the diverse needs of its 9,000 students in a ‘safe, equitable, and nurturing learning environment.’