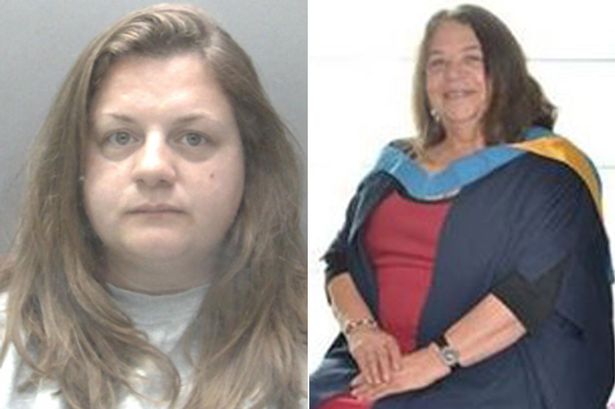 A woman who bludgeoned her neighbour to death with a spade after a row over the garden fence was jailed for life and must serve a minimum of 21 years.

Debby Foxwell hit Louise Lotz over the head repeatedly with the garden tool in August 2019.

Foxwell, an ex-cancer research worker for drug firm Roche, moved into the property five years before the killing.

The court previously heard how the two women developed a deep dislike of one another over issues including bins and land boundaries.

Foxwell, 41, also accused 64-year-old Ms Lotz, a former Liberal Democrat councillor, of having a “messy house”, claiming it was the reason she could not sell her own property.

A month before the killing, both women received a Community Protection Warning, banning them from harassing, trespassing or taking photographs of each other.

And on the day of the murder, both called the police as another bitter row erupted.

Ms Lotz accused Foxwell of cutting plants in her back garden and Foxwell believed Ms Lotz damaged a fence panel while painting.

The pair were spoken to and given words of advice but as no damage was found, the officers left.

Later that evening, Ms Lotz is said to have grabbed Foxwell’s phone as she tried to record her in the garden.

Armed with a spade, Foxwell forced her way into Ms Lotz’s home and smashed up a television and laptop.

She then chased Ms Lotz outside where witnesses saw her repeatedly strike her over the head with the spade in a “sustained, brutal and merciless” attack.

The former Welwyn Hatfield borough councillor was on the phone to police at the time and was said to be shouting “help me, help me”.

Leaving Ms Lotz for dead, Foxwell returned home where she said to her partner: “It’s over. I’ve done it.”

Foxwell, of Welwyn Garden City, Herts, admitted manslaughter on the grounds of diminished responsibility but this was rejected by a jury last year, who convicted her of murder.

The court heard Foxwell also sent a WhatsApp to a police officer on the night of the murder which read: “When will it stop? When I have smashed her head in – that’s when.”

Emergency services were called but Ms Lotz was pronounced dead at the scene.