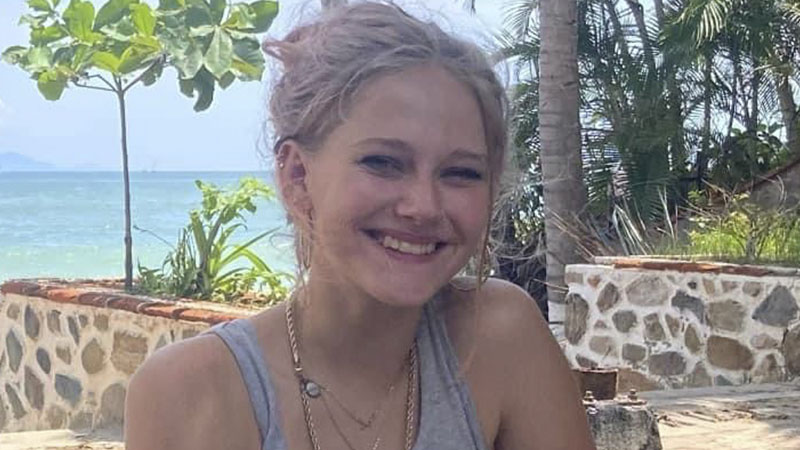 Authorities announced on Monday that they believe a body found in a reservoir in Northern California to be that of missing California teen Kiely Rodni, who was last seen on August 6 at a sizable high school farewell party in Truckee, northeast of Sacramento.

Although the body has not yet been recognized, Nevada County Sheriff Shannan Moon stated at a press conference that “we believe it is our missing person.”

Earlier, a volunteer dive team claimed to have discovered a body while looking for Rodni, 16 years old.

During a live stream on Monday, Doug Bishop of Adventures with Purpose stated, “We have found Kiely Rodni’s vehicle and have confirmed that there were remains inside.” He stated that on Sunday at 10:40 a.m. local time, their team’s search for Rodni began at the Prosser Creek reservoir. By 11:15 a.m., after launching two sonar boats, they had located Rodni’s car 55 feet offshore.

They had claimed the car was submerged in 14 feet of water in a Facebook post. The car’s license plate matched the one that the police had previously disclosed to assist in locating Rodni’s 2013 silver Honda CRV.

The license plate of Rodni’s car can be seen underwater in the video footage presented during the diving team’s live stream. Bishop claimed that after they were certain it was Rodni’s car, the team contacted the authorities and Rodni’s family.

Moon confirmed at a press conference on Monday that the car is Rodni’s and that it was discovered in an area that officials had been searching for since the beginning of the inquiry. The lake where Rodni’s automobile was discovered was thoroughly investigated, according to the authorities, who claimed they will need to “debrief” on why the car wasn’t discovered sooner.

They had been looking for Rodni and her car for almost two weeks, and the volunteer dive team discovered it after a little more than 30 minutes of their own search. Divers have reportedly been present in “lots of bodies of water” during the course of the investigation, and “numerous” teams have been looking for the car in the area.

“We recovered the vehicle last night. We have located a decedent inside the vehicle,” Moon said. “We believe it is our missing person. We have not been able to positively identify, but it’s more than likely where we are today.”

There was only one body in the vehicle, police said, which has not yet officially been identified. Once the car was located, it was removed from the lake and is now being analyzed.

The autopsy is scheduled for Tuesday, police said, and a toxicology report will be conducted. It usually takes between four to six weeks to get the toxicology results, they said.

As per Cbsnews, police reported on Sunday that they had assigned many detectives and investigators from several agencies to the case and that they had examined more than 1,800 tips in connection with Rodni’s abduction. Last Thursday, the Placer County Sheriff’s Office Dive Team searched underwater, but according to officials, they were unable to find her or her car at that time.

On August 15, Adventures with Purpose said it would assist in Rodni’s case. The dive team often accepts cold cases rather than open cases.

The volunteer group, which has over 2.4 million YouTube subscribers, claims to have assisted in the solution of 23 missing person cold cases since 2019.

They discovered James Amabile’s body and car earlier this year, 24 feet underwater. Amabile went missing in December 2003 after he called a babysitter to say he was running late in picking up his two daughters.