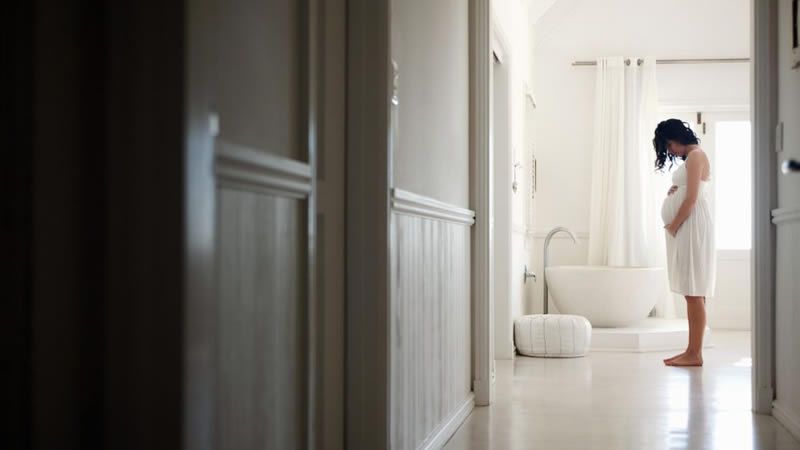 Being diagnosed with cancer is one of the most harrowing experiences that a person could ever go through.

Yet due to the current pandemic, this moment is being been made even more devastating, as young people, between the ages of 16 to 25 are receiving the news they have cancer alone.

And young patients are being forced to face treatment, scans and hospital appointments by themselves.

In a poll by charity, CLIC Sargent, it was discovered that 90 per cent of young people had experienced treatment alone in hospital due to coronavirus.

As a result, the charity have teamed up with the Teenage Cancer Trust to launch the Hand2Hold campaign to urge the Government to ensure that all young people have somebody by their side during treatment and beyond.

Hearing the news that his oesophageal cancer had returned for a second time, George Hatfield, 20, from Liphook near Guildford, was over 200 miles away from his family.

The Musical Theatre student was away studying at SLP College in Leeds when he received the devastating news and has since faced all of his chemotherapy treatment on his own.

George says: “It was very very difficult. At the time we were thinking everything was going to be great. I’d just had my scan, I had no symptoms of my disease any more, I wasn’t feeling tired all the time and I had the energy to be back dancing and singing every day. I felt really good.

“I had my independence back as I was living away from home again too.

“But then I got a phone call to tell me that the scan result wasn’t good news.

“I was away from my family during a lockdown and it was really really tough.”

George was first diagnosed with the illness in July 2019 and at the time he was told that he was youngest person to ever have his condition.

He says: “It was really really scary. The view of cancer is often view bleak. And I was more scared about going through chemotherapy than anything else.”

Luckily George was allowed to have people with him through his first bout of chemo between August and December 2019.

However, when he relapsed in July 2020 and again in October 2020, he had to go through treatment alone.

He says: “It’s really hard, as a lot of treatments don’t make you feel great. By the end of the day having chemo, I’m quite weak and unstable on my feet and walking is quite hard.

“Walking out of the hospital on your own can sometimes be quite difficult and scary – especially when you’ve got covid all around. You feel really vulnerable and anxious at times like that.

“I have chemotherapy every three weeks and it’s very difficult taking yourself back into a hospital and into a chair that you know is going to make you feel ill again.

“Without a family member of a friend it is quite emotionally taxing.”

And for George, it’s the little things that make a difference.

He explains: “It’s just having a family member or friend to help you with the things you feel bad asking a nurse for.

“I feel bad asking a nurse for an extra pillow or a hot drink because my throat feels a bit rough.

“They have a lot of other patients to make sure they’re okay and sort their treatment out too.”

George is still undergoing treatment. But he hopes the campaign could make a difference to his future.

He says: “Just to have a family member come to your treatment and sit with you during that day would make a very lonely time much easier.”

I WAS TOO POORLY TO ASK THE IMPORTANT QUESTIONS

Harry Groves, 22, first realised that something was wrong in September 2019, when he lost a lot of weight and developed a large lump on his neck.

Just weeks later – and the day after his 21st birthday – he was diagnosed with Hodgkins Lymphoma.

Harry says: “It didn’t sink in immediately when I was told. It was over time and now looking back that I realise what an ordeal it was.

“It wasn’t quite the 21st birthday you want to remember.”

Harry was prescribed six months of chemotherapy, which began in November 2019.

However, from the start of March 2020, he had to go to his appointments alone.

Harry says: “I chose to have my treatment at a local hospital but it made me quite isolated as I was the only person under 60 in the unit. Having my mum there made it much less isolating.

“It’s such a long day when you’re there by yourself and some of the older people weren’t quite as with it as I was, which was quite scary.

“I was sat on my own, feeling embarrassed and poorly. So I would just try and sleep to make the day go quicker.”

And not having his mum with him made it harder for Harry to understand important information.

He says: “My mum had a lot of questions to ask about the follow up after my last treatment but I just went home and hadn’t though about asking questions about medication.

“I was so used to her being there and finding things out when I was too poorly to ask. It was really hard.”

Harry finished his treatment in May 2020 but he still has checkups every three months.

And he will have to attend his next one, in March, alone.

He says: “It’s the most lonely period of your life and to not have somebody to turn to for comfort or support if absolutely awful.

“It’s not just emotional support, it’s taking all the information in when you’re not quite with it.

“You really do need that person there to take away the instant loneliness that you feel when you’re told life-changing news. Nobody should be going through it by themselves.”

Dragging her suitcase through the Christie Hospital in Manchester, Sophie Mulligan, was in tears as she waved an emotional farewell to her mum in the car park.

The 24-year-old was diagnosed with Acute Lymphoblastic Leukaemia in April 2015. But, despite chemotherapy and a bone marrow transplant, it returned for the third time in February 2020.

And Sophie had to go for specialist treatment 70 miles away from her home in Liverpool.

She says: “My mum drove me from Liverpool to Manchester and literally dropped me off at the door with my suitcase.

“I had to walk in and I knew that I wasn’t going to be seeing her for a good few weeks while I had my treatment.

“She was crying, I was crying and I was trying to lug this suitcase on my own.

“As soon as I was through those doors I knew I was alone and I wasn’t going to see anyone that I knew until I was discharged again.

“All kinds of things run through your head. You think, what if things get really bad and I get really ill and I don’t make it through?”

She adds: “The distance made me feel more isolated too because I wasn’t even in the same city as all my family.”

And Sophie’s family weren’t even allowed in to give her clean clothes.

She says: “If I wanted clean clothes or snacks, my mum would have to drive to Manchester, give a bag of clean clothes to a security guard who would bring the bag up to the ward I was on.”

Instead, Sophie had to settle for phone calls and facetimes. But even that was sometimes too much.

She says: “One day I was running a really high fever and had a really bad headache. It was the worst pain I’d had in my life.

“I really could have done with someone there because I didn’t want to look at a screen.

“I needed someone there to talk to me and have a hand to hold. It would have made all the difference.”

And Sophie is determined that something needs to change.

She says: “You can’t take on cancer alone, you just can’t do it.

“Your family and friends are your support network. They are the people that keep you going.

“I look back sometimes and wonder how I survived those three weeks completely isolated.”

I WASN’T ALLOWED TO SEE MY NEWBORN BABY

After being told she had Hodgkins Lymphoma in May last year, Molly Burns had just one hour to plan what was going to happen to her newborn daughter Matilda, as she wasn’t allowed to see anyone during her hospital stay and first round of chemotherapy.

Molly, 25, from Birmingham, says: “I was in pieces. My other half, Declan, rushed me into hospital but because of covid, there was no way that Matilda could come with me, so we needed to figure out what was going to happen – especially as Matilda was purely breastfed.

“We were given an hour to discuss what was going to happen. It was information overload and stress.

“Getting a diagnosis and then also being separated from your daughter all at once is awful. I was a mess.”

Molly was in hospital for a week while they carried out scans, blood tests, a biopsy and she began chemotherapy.

She says: “After Dec left, I didn’t see anyone for a week.

“I was on so much medication that they were telling me stuff and I just couldn’t remember.

“There were two other people on the ward who had cancer. One was a similar age to me but I just couldn’t talk to her, I didn’t want to know what was coming.

“I was sat in bed all day and I couldn’t sleep until 1am every night.

“Having someone in the hospital was the only thing I wanted. Even if it was just for an hour a day, just having a bit of normality would have meant the world.”

And Molly couldn’t even video call her little girl.

She explains: “Matilda got very emotional. Even hearing my voice she got a bit teary, so it was really hard.”

Molly finished treatment in October but she’s hopeful that the rules will change so that nobody has to endure the same experience.

She says: “You’re just sitting there with the drugs running through you and there’s nothing else to think about.

“But with someone by your side you can have a different conversation.

“It sounds like such a small thing but it makes such a big difference. I don’t think its negotiable. It’s needed.”