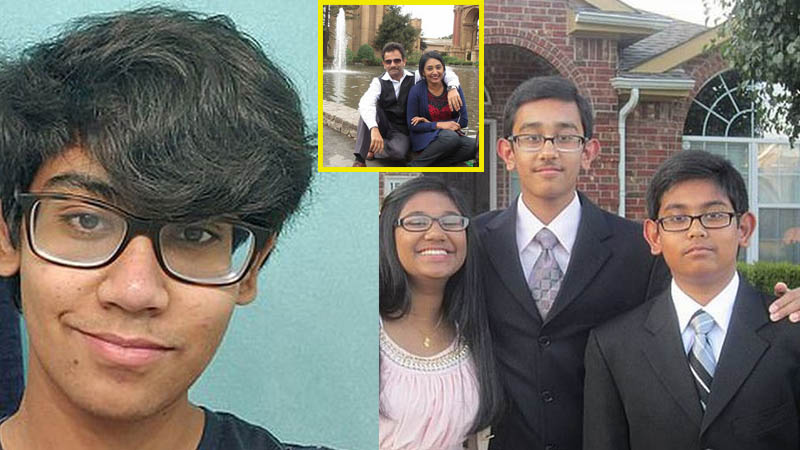 Two shut-in brothers are believed to have killed their entire family after they were enraged at a storyline on their favourite TV show The Office.

Farhan Towhid, 19, and Tanvir Towhid, 21, made the deadly plan after allegedly making an agreement to commit suicide.

Sergeant Jon Felty of the Allen Police Department said the brothers “ended up taking the entire family with them” at their home in Dallas, Texas.

Police discovered the bodies of Farhan’s twin sister Farbin Towhid, their parents Iren and Towhidul Islam, and a grandmother, 77-year-old Altafun Nessa, who had been visiting from Bangladesh.

In a chilling note posted to Instagram, Farhan detailed his year-long battle with depression, self-harm, and anger at the later season of TV sitcom The Office.

The 19-year-old posted the suicide letter through a link on his Instagram, which began with: “Hey everyone. I killed myself and my family. If I’m going to die, I might as well get some attention.”

Farhan went on to say of himself and his brother: “The first and most important show we watched was ‘The Office’.

The sitcom was one of “four very important issues I encountered throughout my life”, he explained, before ranting that the show “should’ve ended when [Carell’s character] Michael left” because ‘eventually it went s**t”.

Farhan said he recently hit a “breaking point” and told his father about his struggle after graphically explaining the ways he cut himself.

The teen said his father helped him get on medication, received therapy and found a good group of friends at school, adding that his “perfect” life “didn’t change the fact” he was depressed.

He writes: “I would still have the urges to cut myself or end up crying myself to sleep.

“Every solution was always temporary.”

After dropping out of university, Farhan spent time with his brother who told him he also had crippling depression.

Farhan also described his alleged reasoning to take his family with him, saying that they would be “miserable” without him.

He wrote: “They would be miserable. They would spend the rest of their lives feeling guilt, despair, and a multitude of other adjectives that mean sad.

“Instead of having to deal with the aftermath of my suicide, I could just do them a favour and take them with me. None of us would ever have to feel sad ever again.”

The teen adds: “I love my family. I genuinely do. And that’s exactly why I decided to kill them.”