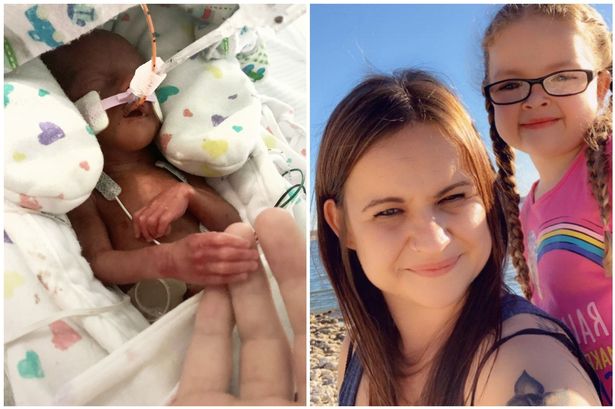 Amy Collins has become a mother of pre mature baby. She just on board to travel USA and after some time she came back to native country United Kingdom with an emergency caesarean. The alarming news for her is that she has been hit with a £75,000 bill after giving birth prematurely in the US.

The premature boy was born at 24 weeks with just 1lb 9ozs. Because of his condition, William had to be kept in a specialist care hospital, where he currently is.

“My grandson William is an amazing fighter and doing so well but they have built up a medical bill of over $100,000 because it’s America and not our NHS.

“I am absolutely scared to death for them.

“William will be in hospital for months and the medical bill could run into hundreds of thousands of pounds.

“Amy has had to set up a payment plan but I am not sure how she is going to afford to pay it. It is just a nightmare.”

In 2019, Amy married to Texan engineer Greg Collins and she is also mother of 7 years old daughter Ava, from a previous relationship.

Little William is currently being treated at Cook Children’s Medical Centre in Texas.

Sarah, 48, said: “I have got to fly out to Texas in January to bring Ava back so Amy can concentrate on looking after William until he is able to leave hospital.

“It is obviously hugely worrying times as William is so small and underdeveloped but then we have all the financial worries on top of this.

“I can’t stop crying at the moment.”

Sarah has set up a GoFundMe funndraising page in a bid to help pay for some of the rocketing medical fees for her daughter, who plans to apply for American citizenship.