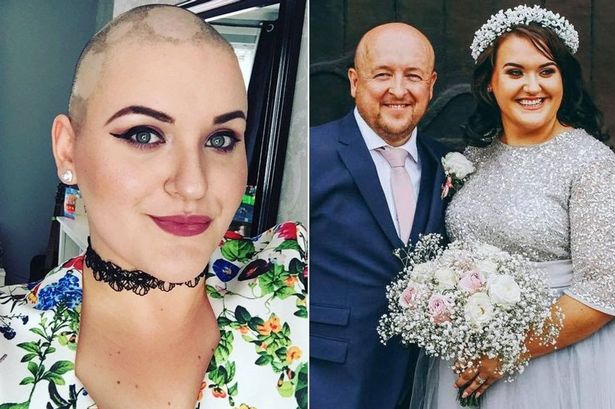 A news came from the Liverpool that a 29 years old Toni Standen launched a GoFundMe to pay for her dream wedding later she diagnosed from terminal cancer.

Toni Standen, 29, was engaged to her fiancé Jim. A woman who lied with her friend and family just for dream wedding, those friends were would contribute thousands of pounds for her married and now she has been jailed.

Her close friend launched a GoFundMe for the occasion, eventually raising more than £8,000. In this respect she shaved her head to appear as though she was undergoing treatment. On her big day, after a recording of Derek was playing and Standen began to laugh, according to DailyStar.

One guest told the LiverpoolEcho: “After hearing her father’s laboured words she got up and gave a faultless speech, even cracking a few jokes.

“Her mother and brother were in bits. We’d all just listened to a father of the bride message from beyond the grave.

“Toni even received a video message from Everton FC, delivered by one of the top players. She laughed throughout.”

Standen eventually admitted she did not have cancer and never had in a three-way phone call, which they recorded.

In a text, she also said: “I love you both, I am thankful for everything over the last couple of years.”I am very sorry for all of this, I am embarrassed and heartbroken and right now I am struggling. There is so much I want to say but struggling where to start.

“At the minute I don’t know if Jim and I will be getting a divorce, I don’t blame him if he does and I don’t blame you both if this is the end, I completely understand and will have to somehow move on through it.”

Judge Sanders put her behind bars for five months and ordered her to repay a donation of £2,000 made by a local businessman.

She said: “You continued to embellish that tissue of lies, saying you had weeks to live.

“I don’t accept you couldn’t stop. Not only did you not stop, you made it worse by giving newspaper interviews to engender public sympathy.

“You used that money raised through the generosity of strangers to fund a wedding and a holiday. You kept taking money over many months.

“Every right thinking member of society would be appalled by your behaviour.”